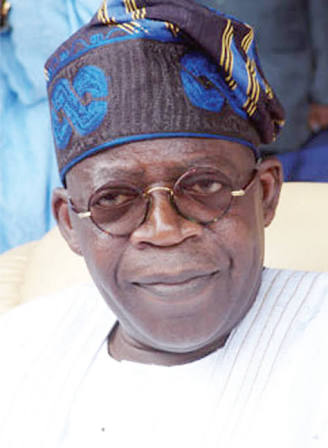 That the embattled Chieftain of the All Progressive Congress(APC) party, Asiwaju Bola Ahmed Tinubu has returned to Nigeria from his long stay in the United States for his medicals amongst other reasons is no longer news, but the way and manner he entered the country without any fanfare or media frenzy and without many people’s knowledge is now raising so many questions in the political circles and among his teeming supporters across the country.

Global News can now authoritatively reveal that Bola Tinubu who had stayed outside of the country for almost two months quietly came back the country about two weeks ago.He was said to have instructed his many aides not to make a news out of his return to the country as he would love to continue his much-needed rest in the country. His return we gathered was carefully arranged from the airport to his palatial Bourdillon residence in a very perfect and quiet manner that left many wondering if Asiwaju is indeed back in the country.

And unlike ex-President Goodluck Jonathan’s era when Tinubu was having a smooth ride and bestriding the country like a colossus with his new found status of the “leader of the opposition”, Tinubu appears to be treading softly these days because of the new Sheriff in town. Tinubu allegedly played smart by entering the country incognito because the new powers that be in the country at the moment may beam their searchlight on him if he had chosen otherwise and entered in his usual flamboyant manner.

As a matter of fact, most of his close political associates and friends did not know that the Jargaban had returned to the country until the political Titan surfaced at the wedding ceremony of President Buhari’s daughter last weekend. We also gathered that some of his close family and friends were shocked when they stumbled on him at the end of the year party of Lagos State and some other social functions in the State that had him in attendance.

However, Global News gathered that Tinubu is now making frantic efforts to cement his new relationship with the Yoruba socio-political group – the Afenifere – and other power blocs in the South-West in order to forge a new agenda for the Yoruba nation in the run up to 2019 general elections. He is also said to be taking his time in coming up with a new strategy that will further strengthen his position as the number one politician in this part of the country due to the on-going onslaught against him from the enemies within his camp.