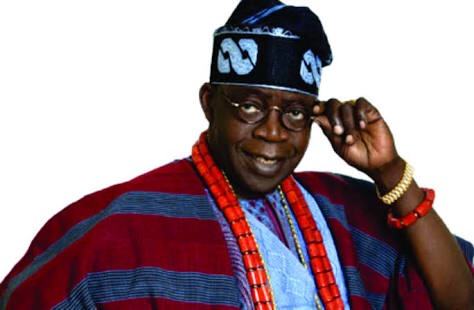 This is surely not the best of times for the enfant terrible of Nigerian politics and one of the national leaders of the All Progressives Party of Nigeria Senator Bola Tinubu who is facing a stiff opposition from estranged members of his political dynasty.

Before now, Tinubu has been having a running battles with some members of his party at the federal level over who will have the soul of the party which those who are against him claimed that they are all stakeholders in the party. While some people refers to him as the national leader of the ruling APC some who are ready to undermine his power and influence are referring to him as one of the national leaders of the party.

While this is going on at the federal level, his political domain in the South-West is not a bed of roses either, right from Ogun, Lagos and Ondo States.

Before now in Ogun, the state governor Ibikunle Amosun is in a supremacy battle with the godfather, many believe that Amosun is doing everything possible to emerge as a leader in the South-West where Tinubu hold sway. Amosun is seen as the hands that instigated the President Muhammadu Buhari not to appoint as some of the anointed candidates of the renowned Jagaban Borgu. This explains why most of Tinubu’ preferred candidates were not nominated into the key ministerial positions.

In Lagos, some one like Muiz Banire (SAN) former commissioner in Tinubu’s cabinet and one of his think tank now national legal adviser of APC before the last general elections in the country accused the former governor of doing certain things that’s against the tenets of democracy. Muiz stated that imposition is not good for the growth of democracy, this position some other followers of Tinubu sees as going against the political empire of his former boss. However, Muiz stated that he’s not against Tinubu and he can never but just stating the obvious.

Right now, the battle has shifted to Ondo State where the governorship is coming up on November 26, 2016. A few days back, one of the closest friend of Tinubu who is also an aspirant in APC Ondo state governorship election, Dr. TunjiAbayomi wrote a caustic letter to Tinubu to stop interfering and imposition of candidate for the party in the coming governorship election.

Abayomi, who admitted he has great admiration for Tinubu’s contributions to the return of civil rule and his political sagacity, dropped the bombshell in a letter to the APC chieftain titled “The Tonic Of Democracy Is The Right Of The People To Choose Their Leaders,” the letter traced the history of the duo through the days of struggle for democracy under the military to the return of self-rule and Abayomi’s decision to join the Alliance for Democracy (AD), the political platform under which Tinubu became the governor of Lagos state in 1999.

The lawyer said there are hints that Tinubu is about imposing a candidate on the APC branch of the party in Ondo state before its August 27 primaries and warned him to stop his bid to tamper with the will of the party.

According to Abayomi, some APC leaders met with Tinubu on July 31 at a meeting, he alleged, was held to ensure that the primaries will be a procession for Tinubu’s candidate rather than a free and fair contest among aspirants.

“We share the struggle for democracy which conjured regard for the independent right of our people to vote and to make leaders for themselves. So close it seems, is the relationship that as you told me you were once approached by yet another old friend, President Olusegun Obasanjo, to convince me to work for him. Then and for a long time, at least up to 2004, when I decided to join the AD, I opted to be a go-between the poor masses; poor because they were in truth betrayed by leadership and the powerful few that control the apparatus of power in our land,” Abayomi wrote.

The lawyer added that despite Tinubu’s lack of conviction in the candidature of General Muhammadu Buhari for the presidency, he accommodated his view that Buhari was the man capable of winning last year’s presidential election. Tinubu’s decision on Buhari, notwithstanding, Abayomi said the former Lagos State governor has a major failing, which has become recurrent in his politics: a disdain for popular will.

“There are, however, certain principles that I believe form elements of democratic government, which I think you often violate. Considering that you fought for democracy, I wonder why it has become normative,” wrote the lawyer.

Abayomi instantiated his allegation with his experience in 2012 when he made a bid to be governor of Ondo State, an attempt snuffed out by Tinubu’s alleged imposition of his friend, Rotimi Akeredolu on the defunct Action Congress of Nigeria (ACN).

“You invited me, I think, the only aspirant for the purpose, to appeal for my support and understanding for your decision. The first question I asked then was: Who were the leaders who chose a candidate for our people without the input or the breadth of even the deaf and dumb of Ondo State?” he wrote.

Abayomi explained that he found Tinubu’s response to his question unconvincing and made it clear to him that it was a violation of the right of the people of Ondo State.

He explained that he had to stand against the Akeredolu’semergence because he believed the procedure adopted was a violation of the people’s right to constitute government over themselves by their votes.

The people, he added, have been excluded since independence in 1960 from the decision to elect their rulers, a development that has predisposed them to desperate want.

“Now, our people have no houses in Victoria Island or Maitama, no land in Dubai or Johannesburg, any private jets or jetty. They don’t even have the money to sink boreholes to get little water or to buy good food. They have no passable road from home to farm or from farm to home. Their children have no worthwhile access to basic education or well-being,” he stated.

He warned Tinubu that the people could one day rise against the abridgement of their democratic right to choose leaders that will create possibilities and better their lot instead of the malicious governance they have experienced.

“But if we thought, we can win for them the right to vote, and through their votes, to raise good government and bring down bad government, then, they can change their misfortune under leadership, that, in our land, has often been corrupt and pitiless, to evolving hope, substitute their despair for possibility and long unrealizable desires for reality,” he declared.

He expressed concern about the entrenchment of oligarchic tendencies that have appropriated the people’s right and their wealth. The oligarchs, of which he hinted Tinubu is a member, are minded to buy off what is left of the people’s assets, voting right, with money stolen from the people.

Also another aspirant Senator Ajayi Boroffice also claimed that he would not agree to any form of imposition, having waited for long to achieved his ambition of ruling Ondo state but had to step down for others based on the instruction of the godfather. He fumed that right now, he is not ready to step down for anybody because age is not on his side again.

Another dimension was brought into the imposition drama in Ondo when some people under the aegis of ‘Movement against Imposition’ invaded the party secretariat and locked out the chairman, Barr. Isaac Kekemeke and the secretariat staff.

The group, led by Mr. Tolu Babaleye, convener, Mr. Adelokiki Francis, secretary and Mr. Gbenga Ajayi, the public relations officer, accused the embattled chairman of bias who should not be allowed to supervise the primaries.

However, Kekemeke refuted all the allegations, saying it was a political incitement from a few ones. He downplayed the situation, saying the protest was an expression of democracy.

The faction, which claimed it, has members across the 18 councils, barricaded and locked down the main entrance of the party’s state secretariat along Oyemekun, Akure, displaying placards rejecting endorsement, imposition and Kekemeke as the chairman to conduct the primaries.
In the inscriptions were: “Ondo State Minus KekemekeEquals Victory; No Impostor, No Imposition, No Endorsement; Ondo ACCOMORAN Says No to Kekemeke; Kekemeke Is A Mole in APC; Kekemeke Is An Unrepentant Sinner; APC Plus Kekemeke Equal Failure,” among others.

MAI accused Kekemeke of promoting one of the 25 aspirants of the party as the favoured candidate endorsed by the APC National Leader, Asiwaju Bola Tinubu.

The faction insisted that Kekemeke must not be allowed to conduct the primary election since he has compromised his office.

Tinubu who is known as a dogged fighter and political warrior is not folding his hands to fight off these aggressors who are ready to undermine his power, he has in the past fought many battles and won some, only time will tell if he’s going to come out of this battle victorious.

1 thought on “TINUBU FIGHTING THE POLITICAL BATTLE OF HIS LIFE”