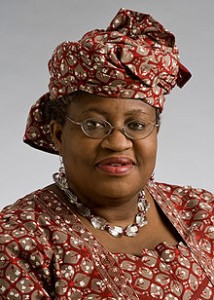 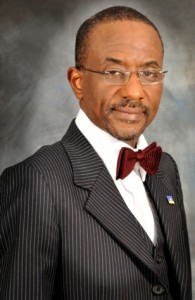 When it comes to expertise in economic management and gender equality, many nations envy Nigeria. Aside the political and economic powerhouses of the world, there is hardly any aspiring country today that can boast of two world acclaimed gladiators in the field of economic expertise. People that other countries would gladly see in higher global positions if powerful political manipulations allow them! I am talking precisely of Ngozi Okonjo-Iweala and Oby Ezekwesili. These are not just internationally acclaimed experts in their fields, they also belong to the weaker gender that are characteristically sidelined and oppressed in developing countries. Yet they are the banners of Nigeria’s pride on the international stage today. Before addressing this issue in detail, let us talk about Sanusi Lamido Sanusi (SLS).

SLS is one admirable but yet despicable personality depending on the angle of perception. There is hardly anyone I have met in the corridor of Nigerian elites, who would complain about disciplinary incompetence on the part of SLS. On the contrary, he is widely seen as an enviable asset to any society in the discipline of economic and financial expertise. For two reasons however, he remains a controversial figure in his native Nigeria. Through one action or two, he betrayed his innate leaning towards the region and religion of his birth that is unfortunately tearing Nigerians apart at the present moment.

Sanusi’s donation of public funds to victims of sectarian religious attack in Northern Nigeria and his push for Islamic Banking in Nigeria earned him a lot of enemies down south. I personally also hated him very badly for that. His boldness in identifying the lapses in our economic edifice also stepped on powerful toes who wished they were able to smash him down and devour him like a vulture would a helpless corpse. This too won him nationwide applause that was quickly drowned in anger over his aggressive push for Islamic Banking.

Today however, I admire SLS precisely for those things that made me hate him from the onset. I have no doubt that he nurses this soft spot for the region and religion of his birth. Who would not? That he lacked tactfulness in the outward projection of these innate sentiments reflects the weaknesses in his personality. His donation of public funds to victims of sectarian brutality was misplaced, badly thought-through and strongly misjudged only in its order of execution. His introduction of Islamic Banking was equally a badly-labeled project that was intentionally mis-sold!

Herein lies the weaknesses in the personality of the man SLS. Knowing what I know today of Islamic Banking, I have no doubt whatsoever, that the model is one that Nigeria’s economy can strongly benefit from under its current elites and tradition of voracious Sherlock Holmes’ism! For some reasons best known to him however, SLS chose to sell the project to Nigerians by eloquently highlighting the Islamic factor in obvious appeal to a specific constituency. Having angered many aggrieved Southerners with this unnecessary attitude, he hardly had any backer to count on from this constituency, when he became the target of gluttonous legislators that he had rightly identified as plunderers of the nation’s coffers.

Like Wole Soyinka who rules himself out as any future President of Nigeria claiming he is too temperamental, SLS states quite openly and without fear of inflicting self-damage that he lacks the requisite qualification to rule Nigeria and will not survive in that space for one year. Honesty that our current President Jonathan should have emulated from the very start! Sanusi Lamido Sanusi is an economic expert par excellence that every Nigerian can be proud of anywhere and anytime. His handling of the Nigerian banking sector and our monetary policy as well as the ideas he advances on how to take Nigeria’s economy forward and his obvious stock of know-how speak for themselves. He even seems equipped with the bonus that President Jonathan always seems intimidated by something about him that he has never dared to contradict anything about SLS publicly, as opposed to Yar’Adua’s attitude towards his predecessor Chukwuma Soludo. Even without the international credential of Ngozi Okonjo-Iweala and Oby Ezekwesili, I consider SLS as one of the “Three Economic Musketeers” of Nigeria along with the two female gladiators mentioned above, whose combined resources remain strongly underutilized.

While SLS has proven his technical worth through several actions without shying away from exposing his human weaknesses in judgment, Ngozi Okonjo-Iweala won the hearts of Nigerians under President Olusegun Obasanjo. Her role in the historic bailout of Nigeria from the bondage of the Paris Club endeared her to many Nigerians including myself that she was generally seen as largely un-Nigerian in her laudable attitude to bureaucratic sanity and financial discipline. In fact, we all thought she was so incorruptible and saw in her, a President in-waiting lurking till the vintage point emerges. Her second coming as a Super Minister (some say de facto Prime Minister) under President Jonathan was generally accepted as a very good choice and a sign of real business meant in steering the ship of state to calmer, prosperous waters. She started very fine doing her trademark best to clean-up bureaucratic lockjaws that was most manifest in the bureaucratic running of the Nigerian Ports Authority. Today many sing the song of moderate ease in dealing with Nigeria’s bureaucracy across the board.

Memories of her resolute departure from the government of President Obasanjo in the aftermath of processes in which she struggled in futility to overcome chronic systemic bad eggs upped the ante of expectations in perceptions of her dignity. It underscored the un-Nigerian element in her that would not make her stay put to “chop and quench” without caring for the taste of the pudding. Precisely this puritanic expectation has now turned out to be her undoing factor today.

While Sanusi Lamido Sanusi recognizes and highlights the need to remove government subsidy on the consumption product “fuel”, he is always on record as also advocating the need to keep local refineries functional to kill the regime of fuel importation. Ngozi Okonjo-Iweala (NOI) seems to have ignored this reality in favor of a drastic solution of eliminating fuel subsidy in one shocking deal. A position that fueled her perceived image as the evil agent of global economic imperialism! So it seems outwardly, at least. That won her the first feeble spate of popular resentment. Today however, anger against NOI has grown immeasurably in the absence of that puritanic resoluteness with which she called it quits from President Obasanjo’s government in the face of insurmountable adversities. I now hear sharp-tongued critics asking what NOI as the Coordinating Minister of the economy is truly coordinating today when the economy is said to be booming but the nation short of cash. “Is she now coordinating corruption?” is the general question being asked. That readily calls a recent comment by SLS to mind in which he says he does not wish to step into politics since that could ruin everything he has achieved and stood for all his life. The longer NOI serves as a Super Minister, the more entrenched she becomes in the murky waters of Nigerian politics. The result is now the perception of coordinating corruption.

Yet, she remains undisputedly, one capable brain in the field of economics that should have been shielded far, far away from politics. Politics that breeds absolute power with the potentials of corrupting absolutely!

Our third musketeer is Oby Ezekwesili about whom Nigerians truly know very little and far lesser than they are supposed to know! Knowing what we know today, the first question that comes to mind about this likeable, easygoing and unassuming lady would be why President Obasanjo appointed her as a Minister of Education in the very first place. A question for which I have no answer and would like to ask the former President whenever I find the opportunity again! According to sources, she is not only a founding Director of Transparency International (the global corruption watchdog), she has a biography of experience in international economics. After all, she is now known to have acquired invaluable international experience as a former Vice President of the World Bank. Another pressing question is why President Jonathan seems to have refused to give this lady any role at all in shaping the economic destiny of Nigeria as it stands today. Whatever the answer may be, it is not out of place to imagine that her involvement in government as a technocrat would do the nation some good. I have no clue how well she gets along with NOI but evidences on the ground seem to point to the need for the bundling of the mental resources of these three musketeers. Nigeria alone has the three economic musketeers with the game of politics seemingly inhibiting the maximum utilization of their combined forces.

This luxury of qualified brains is no doubt, the envy of the neighborhood. There is also no doubt that many other brains will emerge in the aftermath of a frantic search. For now though, these three brains are the ones we know and we are shying away from constituting the ultimate triumvirate of economic affairs. If trial and error has taught Nigeria any lesson, there will probably be no shying away from putting the economic destiny of Nigeria in any future arrangement, in the hands of this triumvirate. A combined group in the place of a Super Minister may wield more deterrence on any Central Bank Governor’s impunity in donating public funds, better fathom the proper packaging of meaningful policies such as Islamic Banking and perhaps also better curtail the coordination of corruption.

While I do not wish Nigeria another Jonathan presidency as from 2015 and will obviously be unable to do anything about it if he forces his way back, the utilization of the combined forces of our three musketeers is an issue that should be seriously considered by any power at the center of Nigeria and in the interest of Nigeria come 2015