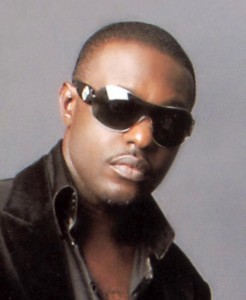 This is surely not the best of times for once upon a time golden boy of Nollywood Jim Iyke, who has practically turned himself into a 419 fraudster, using different means to collect money from those who are supposed to be his business associates, thereby defrauding them of money running into several millions of naira.
Gathered that Jim Iyke was recently arraigned before an Abuja Magistrate’s Court for collecting N15 million in a fraudulent manner from one Habiba Abubakar who he conned to part with the money and invest in his company, Untamed Records limited.
It was said that Jim told the lady to come and invest the money by buying 15 percent equity in his company. The lady, believing the business to be genuine considering the status of the star actor in the society, after series of documentation deposited the money into his Oceanic Bank account number 00500173691.
Trouble however started when Habiba expected returns from the investment and with nothing coming from her millions, decided to ask Jim, who assured her that all will be well and that she should exercise patience as things had not really taken shape. This Habiba swallowed hook, line and sinker. But still with nothing coming, she went back but this time around, instead of Jim to explain to her, he started punching her and went as far as telling her that he would kill her if she dared come back to ask for her money.
This, we learnt, infuriated Habiba and she petitioned the Inspector-General who instructed that Jim Iyke  should be investigated and pronto! he was arrested and quizzed over the allegation, which he owned up to, hence he was charged to court to answer the case of fraud.
Aside this, he is said to have another case of fraud which was reported at Garki Police Station by one Ken who claimed that he gave some cars to the actor to help him sell but after selling the cars, Jim is said to have refused to give the rightful owner of the car, Ken, his money back.