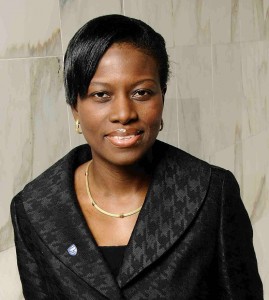 The management and staff of one of the country’s leading banks StanbicIBTC are running helter-skelter at the moment just to recover loans given out in order to keep their customers. The bank we gathered gives out loans to its corporate account owners with little or no collateral. Sources revealed that they only look at how active the account has been for a period of a couple of years and once it is discovered that the account is very active, they easily give out loans to such customer using the activities in the company’s account as collateral. This has over the years made them the toast of many corporate organizations as those who had enjoyed the facility always mention them to their friends.
However, it was recently revealed that the bank may have plunged itself into troubled waters while engaging in such practice for their customers as it contravenes the rules of the Nigeria’s apex bank, the Central Bank of Nigeria (CBN) and may be severely punished by the CBN.
The bank, we gathered, had given out loans that run into several billions of naira out of which the non-collateral is said to be more than N7 billion. Sources within the bank revealed that it is now very difficult for those even with collateral to get loans out of the bank until it recovers the loans issued out. The current situation has seen them making moves to recover the monies loaned out to these customers who are seemingly finding it difficult to pay.
It would be recollected that it is this kind of loans and some other issues that pitched the CBN governor against the embattled managing directors of defunct Intercontinental Bank, Erastus Akingbola and Oceanic Bank, Cecilia Ibru and subsequently led to the sale of their banks. StanbicIBTC is the product of the merger between South Africa’s leading bank, Standard Bank and Nigeria’s already merged IBTC-Chartered Bank, with majority of the share belonging to the Standard Bank Group.