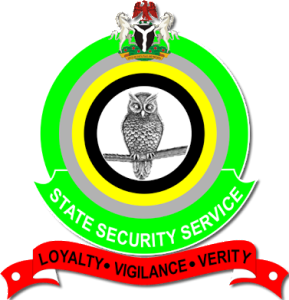 Operatives of the State Security Service on Wednesday stormed the Lagos residence of one of its former Director Generals, Kayode Are, ejecting his family and throwing out his properties.
“They are right here in my house,” a distraught Mr. Are told PREMIUM TIMES on telephone. “They have pulled down the doors, chased my family away and are throwing out our properties. They are not even giving us time to remove our things.”
The secret police took the action despite a court injunction served on it Tuesday barring it from ejecting Mr. Are from his Ikoyi home.
As parts of the privileges they enjoy after their term of office, former heads of the SSS are allocated retirement homes in any city of their choice in Nigeria.
Five past director generals currently enjoy that privilege.
But shortly after the current Director General of the Service, Lawan Daura, assumed duties, he wrote Mr. Are, directing him to vacate the property, saying the allocation to him was questionable.
The remaining four beneficiaries remained untouched, PREMIUM TIMES learnt.
“I have lived here for five years. Five of us are enjoying this benefit but I’m the only one being treated this way,” Mr. Are lamented.
He said after Mr. Daura directed him to vacate the property, he made representation to him explaining that the allocation to him was in order just like those of his predecessors and successor.
He said the SSS DG insisted he must quit, and gave him a December 31 deadline to leave.
Mr. Are said he decided to seek the protection of the court.
“On Tuesday, an injunction from the Federal High Court, Lagos, was served on them (SSS),” the former DG said. “But as you can see, they are disobeying the court order.”
Mr. Are said he was aware that Mr. Daura had longed marked him for poor treatment because of the disciplinary measures he took against him (Daura) while he (Are) was his boss in service.
He did not provide details.
“All I’m saying is that nobody should be allowed to use public institutions to settle personal scores with people,” Mr. Are said.
Mr. Daura did not answer or return calls to his telephone.
Mr. Are was DG of the SSS between 1999 and 2007.