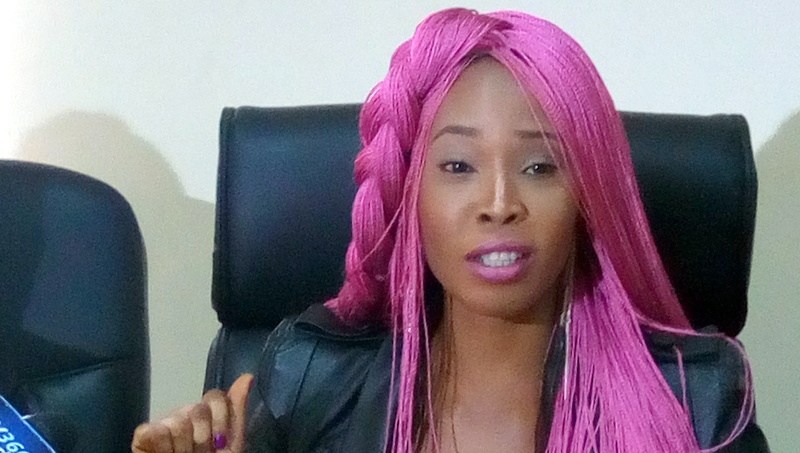 The Canada-based lady involved in an alleged marriage scandal with the overseer of the Omega Fire Ministries, Johnson Suleman, has said that her affair with the cleric involved a lot of sex.
Stephanie Otobo, speaking at a press conference in Lagos on Friday, said she spent time with Mr. Suleman in Naples, New York, and Lagos.
“Most of the times we spent together, we had sex,” Ms. Otobo told journalists.
“I refused to have a threesome with him because I’m not a lesbian and I don’t like women touching me.
“He told me he did that with all his past girlfriends, that I was the only one (who refused), that it’s very rude that I can do that to him.”
Ms. Otobo and Mr. Suleman (popularly known as Apostle Suleman) have been engaged in accusations and counter-accusations this week with the lady insisting the pastor reneged on a marriage promise made last year.
Mr. Suleman denies the claims, insisting he never met the lady.
On Thursday, the cleric threatened to sue Festus Keyamo, Ms. Otobo’s lawyer, demanding a retraction of his client’s allegation of forceful abortion of her pregnancy, among other allegations, and N1 billion as damages. 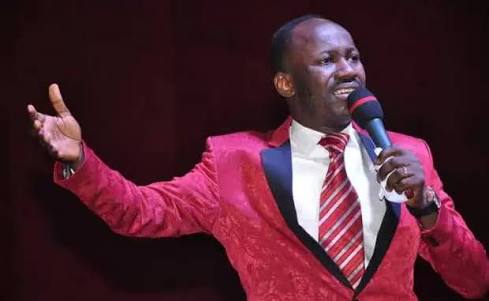 “The night he gave me 8,000 Euros, he was trying to show me that this was real and it would never end, I think he was trying to capture me both physically, spiritually, and mentally. Giving somebody so much money, you’re trying to capture them so that without you, they cannot live, because you wanna make yourself their god, that’s what he was trying to do.
“When he came, he was like, ‘this was all I realised today, here you go,’ on the table. Then he said this is how much I love you. After the three days crusade (in Naples), he collected all the money, I was inside, and said, ‘this is all I realised.’ He gave me everything.
“He told me this was discreet, we couldn’t even call a taxi in the morning when he wanted to discharge me, he had to take a walk with me from his hotel by 4 a.m. to my hotel. I was worried because it could be dangerous, in a place where I don’t know, a new country and everything. He walked me to my hotel and stayed till 7am and went back to his hotel. He said because we have to be discreet, we cannot call a taxi.”
Ms. Otobo said she didn’t save up enough evidence because she didn’t know “all of these would be happening.”
She also said most of her evidence were lost after her laptop was stolen on arrival at the Lagos airport last year.
“I wanted to get rid of him and deleted his number, everything. It was when I suspected something was going on, last year, it was when I started gathering evidence.
Police investigation

The police, last Monday, arraigned Ms. Otobo before a Chief Magistrate Court in Lagos on a four count charge of terrorism, fraud, and blackmail.
She pleaded not guilty.
At Friday’s press conference, Ms. Otobo called on the police to check her bank records to see how Mr. Suleman sent her money directly from his bank account.
“Apart from the cash that he gives me, like a lot of cash that he gives me. I’m not talking about 8,000 Euros, I’m not talking about 12,000 Dollars in two weeks,” she said.
“If I was a cheap prostitute, how much do you send a cheap prostitute in Canada all the way from Nigeria. I’m based in Canada I’m sure there are a lot of women that needs money here in Nigeria, how many women or cheap prostitutes has he sent money here in Nigeria?
“We are petitioning the police on that. And also the issue of photoshopping pictures, in between the photoshopped pictures there should be an original copy if the pictures were photoshopped, it must be photoshopped from something, he should provide that. Because I have the cell phones that I used to take the pictures, I still have every original pictures.
“Also, the police should check my passport, he took me to Napoli, he had a programme there, a conference for three days. The police should check his passport, the period it was stamped to Napoli and check my passport, the period I was stamped to Napoli if it was the same stamp,
“He should wake up and face the truth.
“I want the police to check on the issue when he gave me substance to drink and that almost cost me my life, this was one of the main reasons that really caused all of this. After I got pregnant, he gave me substance to drink, I started bleeding, stooling blood for over one year. I was so scared and I lost the baby.”
Ms. Otobo demanded a public apology from Mr. Suleman.
She also told him to publicly apologise to his congregation.
“I want him to publicly accept his sins, and beg for forgiveness from God.”
Culled from Premium Times