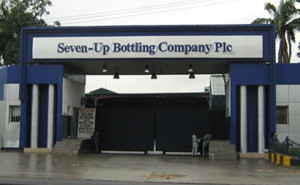 < [showads ad=GLO]/a>The idea of staff co-operative societies is not new to big Nigerian companies especially those with multi-national spread. It is designed for staff members to contribute a fraction of their salaries every month to save for the rainy day.

Nigerian workers have generally embraced the idea as it goes a long way to boosting them financially. And the staff members of Seven-Up Bottling, a major manufacturer of soft drinks in the country are not left out. However, going by reports available to Global News, some aggrieved members of staff of Seven-Up who are involved in the co-operative society of the company are pained that they are being swindled of their monies. [showads ad=GLO]

According to a source close to the bottling company, the level at which Seven-Up Co-operative defrauds its members is alarming as some of them have been swindled by as much as N2 million and above. This is alleged to be causing severe pains to the workers who were looking up to the fund for their personal and family survival. The source said the workers have been waiting patiently for their savings to be given back to them but all to no avail. Recall that Seven-Up Bottling Company would have been the biggest soft drinks manufacturing company in Nigeria if not for the ‘intervention’ of some dubious 419 kingpins who duped the company many years back with the sale of fake chemicals to them. [showads ad=GLO]