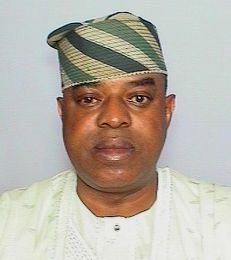 Chief Ebenezer Obey once sang: “For somebody to be bestowed a title in the community, the person must be of good character”. Global News is finding it difficult to confirm if the words of this song would ever fit into the case this civil servant who is one of those currently holding sway in the Lagos State Ministry of Lands.
The man in question is one Engineer  Toyin Omotoso, whose colleagues refer to as Lagos Caretaker and agent of Lagos State government for the forceful acquisition of citizens/private prime lands who is also one of the trusted ally of the former permanent secretary in the ministry, now senator of the Federal Republic of Nigeria, Senator Gbenga Ashafa.
Global News gathered that Engr. Omotoso’s misuse of power is now a cause of headache for a citizen of the state. He is said to have recently encroached on a piece of land in Magodo area of the state belonging to the Oluwo of Oregun Land and head of Egunaye family, Chief Tajudeen Muili, a corner piece which, we were informed, has a valid C of O. Lagos Caretaker is said to have turned a blind eye on the existence of this valid document and is claiming that it was the state government that took possession of the land. This claim has not satisfied the original owner who just sold the land. He is now crying blue murder because when he dug deep into Omotosho’s claim he found out it was a scheme by the engineer to illegally take over the land.
Laborers who were expected to begin work on the land by the new owners were chased away by thugs on the premise that it was government acquisition. This prompted the Oluwo to effect the arrest and eventual lock-up of Engineer Omotoso who was surprisingly released by the police on self-recognition only for those working on the land to be attacked by hoodlums allegedly sent by him on the 19th of May, leaving about 15 of them with different machete wounds. This was also reported to policemen at the Police Force CID, Panti, Lagos State.
Right now, the case is now in the High Court of Lagos State Ikeja Division with suit no: ID/502/2012
Aside all these, the civil servant, whom many confirmed is of the habit of unnecessarily fomenting trouble, was alleged to have confided in some people that he will cause problem for the Oluwo if he did not hands off the land. He is said to have vowed to commit murder over the land issue if that will make him stay off the property.
While Engr. Omotoso is said to have boasted that no one could stop him from having his way over whatever he desires, the chief allegedly insisted he will not cede his rightful property to him. Chief Muli is also said to have pleaded with the governor of Lagos State to call Omotoso to order for peace to reign, as his plan to use his influence in the government will be rebuffed completely. 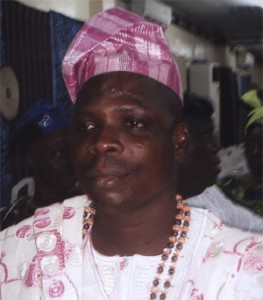 Those who know Engineer Omotoso claim that Lagos Caretaker can do anything to get money and his position as a staff of Lagos State Ministry of Lands strategically places him as an “abule sowo” (meaning, one who makes money from land).
We further learnt that Omotoso enjoys social life. It is said his party “spraying” prowess would make the Sultan of Brunel green with envy.  For instatnce, during the last Eid El Kabir (ileya) festival held at a popular fun spot in Ikeja, he was said to have showered on a popular fuji musician crispy N1000 notes to the tune of well over N500,000 to the chagrin of those who were present, that people kept wondering whether he is a civil servant or a businessman who deals in oil and gas.