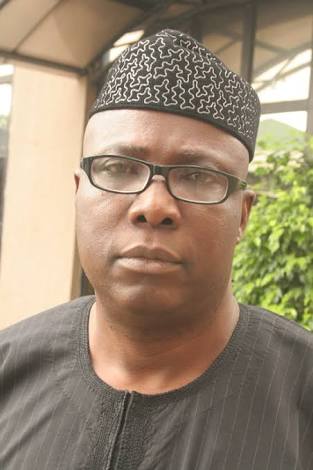 The presidency is not happy with the way Babafemi Ojudu’s daughter is criticizing the All Progressive Congress-led administration of President Mohammad Buhari and if the feelers we are getting from our Aso Rock sources is anything to go by, Ojudu may soon call a big family meeting because of his daughter’s hard stance on Buhari’s economic policies which has now put him at loggerheads with his boss.According to Global News sources at the presidency, the government of the day has expressed itsdispleasure about the fact that Babafemi Ojudu’s daughter is now leading an online attack on the administration of Buhari because according to her, most of the policies of this administration are lopsided and are not moving the country forward.Our sources further revealed, Moremi, the daughter of Babafemi Ojudu, President Buhari’s Special Adviser on political matters, has taken to some social media platforms to criticize his father’s benefactor and Nigeria’s president and this really angered the aides and cabinet members of Buhari. Ojudu, we learnt was summoned last week by some top cabinet and National Assembly members to call his daughter to order or risk being dealt with.But just as his dad was being cautioned, Moremi was preparing another set of expletives on her Facebook page. The highly vociferous lady had said on her FB page about two weeks ago “It’s painful when people come to my inbox telling me. Am the Daughter of the Special Assistant to the President. Yes, I know, it’s just a freaking title with absolutely NOTHING attached. I am HUNGRY as you are”She said further in the post, “I receive no shishi (nothing) from my father, I hustle my way out through it all. Sometimes I wish I wasn’t, cause the regular demands on me is much each day….the hunger bites hard, it’s becoming aggravating. Dear Buhari, even if Ojudu Babafemi is in your cabinet, should this HUNGER continue I am ready to pair up with people on the streets to lead a protest against your governance. WE ARE HUNGRY! DO SOMETHING FAST!”.And as Ojudu was allegedly trying to assure the presidency he would call Moremi (his daughter) to order and that nothing of such will happen again, the vocal Moremi – whose popularity has soared with an army of online supporters dropped another bombshell early this week; and this became so embarrassing for his troubled father who is now facing verbal attacks and serious warnings from the Cabinet and indeed the presidency.Our sources further revealed how Ojudu is now making frantic efforts to calm Moremi down anddissuade her from criticizing the administration that is putting food on his table but we understand Moremi’s mind is made up on toeing the paths of his father who was a voice for the masses and the oppressed in the society before joining party politics.Whilst it is also alleged that Ojudu whose political career is just taking shape is now using various means at his disposal – including showering gifts amongst other promises just to silence Moremi, another source confided how Ojudu is almost turning to a recluse in Abuja as he now avoids social functions like a plaque in order to avoid friends and political associates who may want to ask him questions about the upbringing of her rebellious daughter who is now a cyber warlord for the masses.