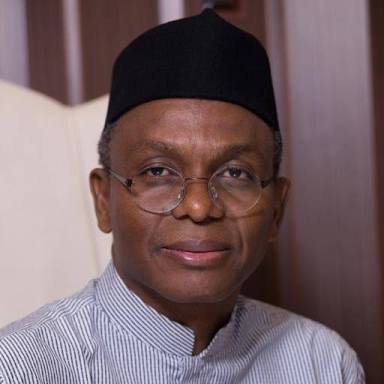 Not many Nigerians know the reckless lifestyles of most politicians in this part of the world but whether they like it or not, the secret deeds of some of them will always filter out to the public domain just like this gist of how the diminutive and tough-talking Governor of Kaduna State, Nasir El-Rufai is enjoying a paradise on earth called a super mansion.

A very close source to the government house in Kaduna, says Nasir El Rufai’s palatial mansion in Abuja is an architectural masterpiece that is almost second to none in the street.

According to Global News source who is very close to Hafsat, the no-nonsense Governor of Kaduna State was so impressed with the design of the house that he gave Hafsat a brand new car as a thank you gift. However the mansion which is said to be in a choice area of Wuse district is a no go area for most of El-Rufai’s political associates and friends for reasons best known to his Excellency.

On her own part, Hafsat whose family name (in Niger State) is just four letters starting with K really made good use of the affair when it was hot as she used El-Rufai’s position to enter the corridors of power in Abuja and most Northern States. She is reportedly into business and acts as a business facilitator for people who are trying to penetrate Abuja big boys.