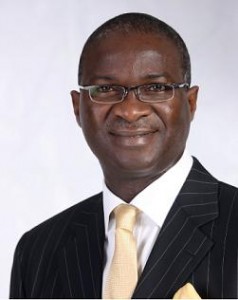 Sacked Lagos medical doctors have hit back at the commissioner for special duties, Dr. Wale over his ambiguous statement and role in the on-going showdown between the 788 sacked doctors and Lagos State government.

Some of the doctors who spoke on condition of anonymity claimed that they were not surprised at his statements and role in the situation at hand because he is a failed doctor. They alleged that while he was still practising, he could not even sustain his rickety hospital situated in Agege, Lagos back then. One of the doctors who claimed to be in the know alleged that the commissioner was widely known in the Agege milieu for his D and C practices.

In addition, another doctor said: “Why won’t he talk that way, he is just a leech and a drunk.”

The source continued to disclose that sometime ago after Dr. Wale finished his tenure at the Lagos Chamber, he was financially handicapped and allegedly resorted to heavy drinking.

It was also alleged that during this period, he subtly defected to People’s Democratic Party (PDP) from Alliance for Democracy (AD) now Action Congress of Nigeria (ACN) to get a political portfolio, but he failed.

Unknown to many, during his stay with the PDP, he was engaged in leaking some secrets of the ACN to the PDP before he later returned to ACN in his bread and butter politics.

It will be recalled that Doctor Ahmed some weeks ago berated the doctors for grinding the public hospitals to a halt in spite of the fact that their demand for payment has fully been met.