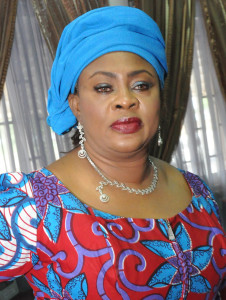 Prior to her removal as the minister in charge of the aviation industry in Nigeria, Ms. Stella Oduah was a very powerful woman who wielded so much influence in the Presidency. She was once alleged to be so close to a number one citizen  and in fact, a strong rival of another female minister, Dieziani Maduekwe who sat atop the Petroleum Ministry. Stella’s many controversial stories forced President Goodluck Jonathan to relieve her of her post, thereby paving way for secret investigators to probe her many secret and dirty deals while in power.
In some of the findings of those who are on her trail, Stella Odua was alleged to be spending her “hard-earned billions” on international properties. One of such properties is based in the United States of America. This property is a very beautiful and expansive mansion. The property, according to these tatafos was bought in the name Intralog Nigeria Limited, a company purportedly owned by Stella Odua herself. The documents used in purchasing the house was traced by this ‘busybody’ investigators who realized that the private company actually belongs to her.