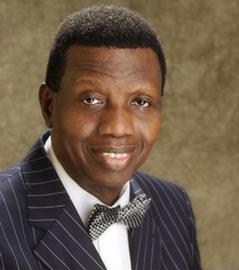 Cultism in Nigerian university is not new, but there are some ivory towers in the country that may seem never to be associated with cultism. Some of these schools are either owned by religious institutions and leaders, hence no one could believe that such schools would be invaded by cultists, but alas, the Redeemers University (RUN) owned by one of Nigeria’s most famous churches, the Redeemed Christian Church of God (RCCG) is currently enmeshed in a serious crisis. The incident is about a student of the Redeemers University who butchered his own father like an animal. This young guy is also believed to be a notorious cultist and drug addict.
Though the university claimed that the boy was under suspension before he killed his father, the university did not disclose the offense. However, those who are in the know claimed that the boy was under suspension for cultism and drugs. Global News further learnt that he was meant to be rusticated but for the status of his father in the church, and now he has committed a grievous sin by killing his father.
The incident occurred on Tuesday July 3 at the Redeemed Camp on Lagos-Ibadan Expressway. According to information at our disposal, the student, Tolani Ajayi attacked his biological father in their residence located on Canaanland Street right inside the Redemption Camp. The 300-level student of History and International Relations was said to have used knife and cutlass to chop his dad into pieces. A source close to the family said trouble started when Tolani’s father, Charles Ajayi, a senior advocate of Nigeria (SAN) confronted him for not responding to all the prayer points raised and later slapped him. This action by the father infuriated Tolani who dashed into the kitchen and got a knife which he used to stab his father. Not yet satisfied, Tolani went for a cutlass and thereafter butchered his own father completely.
Having realized his undoing, Tolani dragged his father’s body to a nearby bush and dumped it there. His body language, however, forced passersby to suspect him. He was later confronted and handed over to the police who immediately commenced investigations and discovered that he killed his father. Blood stains from the house to the bush also helped the police in discovering the crime.
We gathered that the police later discovered the knife and cutlass he used to perpetrate the crime. According to the spokesman for Ogun State Police Command, Mr. Muyiwa Adejobi, “The SAN’s corpse had been deposited at a morgue in the Sagamu area of the state.” Global News  is however warning parents to be very vigilant about their kids and wards as there is no ‘saint’ school anymore.