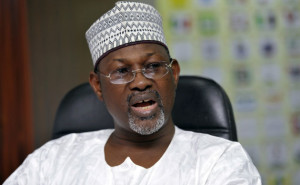 Eighteen years after creation, Zamfara State still remains a traditional rural state due to some lapses, gross non-performance and corruption by virtually all the previous administrations of the state. In this analysis, our correspondent takes a peep at the state and the impediment that deters the progress and reveals that democracy still stand a chance of survival only if the main actors can give the necessary inputs in real term.

For quite a long time, Zamfara has prayed for salvation and solace especially. This is what the political class here in Zamfara lacks, a sense of dedication, patriotism and commitment. Most of them are not even fair to themselves much less for those that gave them the mandate. Pundits aver that the attitude in itself is inimical to democratic ideals and consequently anti-democratic and by extension autocratic, a situation where anything can go when money is involved, is very disastrous and unfortunate.

Truly, democratic setup in Nigeria is full of corruption or corrupt practices. It is the same practice that had hindered the state from economic growth and infrastructural development despite collecting over N370 billion as statutory allocation from the federation account within the period. Investigations revealed that Governor Abdul Azees Yari’s administration has failed by the judgment of majority and in fact by his own admission and to register an appreciable success. His failures were indeed followed by his inability to fight corruption or better still his choice to allow carefree attitude of people in the corridors of power to continue dominating the system. In fact everything remains as it was; even worse. Money from the public treasury was used to achieve political ends, an episode where government tendered cash allegedly forwarded to top politicians for victories is still the public funds. And none of them has given any explanation in that matter.

This administration has not made any sincerity and dedication as their hallmark which is why they have not built strong economic base and conducive Zamfara State. The money they were alleged to have looted is more than the little they spent for public projects during this administration.The evil calamity they inflicted on the masses is still haunting the common masses. The state has been placed into a wastebasket. Ask them, is money they stole and diverted into their accounts not enough to service the debt the state owes? After robbing the state of its resources, they still went to disgrace its image in the world. Governor Yari on assuming power worsened the debt crisis in the state by securing illegal loan of N4 billion allegedly with high interest rate in a supposedly Sharia. The facility was secured without the approval of the state House of Assembly and before the constitution of the state executive council. Questionable projects that are not priority to the immediate needs of the people but were created to favour the economic interest of friends, associates and conduit pipes was awarded by Yari in violation of due process and from all analysis overinflated.

Governor Yari is perhaps today the most widely travelled state governor in Nigeria with a record of spending over N2billion according to an insider that pleaded not to be mentioned on expenses incurred on hotel, food and aircraft charter across Nigeria. His frequent travels to Dubai, London and Saudi Arabia according to the source has cost the poor people of Zamfara State more than N500 million with the period of less than one year according to the source. Within the same period, Zamfara owing to Yari’s negligence and disregard to the welfare of the people has lost the services of more than 20 medical doctors due to non-payment of their salaries and failure to effect the payment of their allowances and salary increment. Investigation also reveals that nearly 50 per cent of the highly substandard but inflated projects Yari has embarked upon was concentrated in his home town of Talatan Mafara, a move condemned by citizens of the state as irresponsible for a leader that was elected by all the people of the state.

Another source who pleaded anonymity told this paper that Yari was warned by his Malam not to relocate to the Government House hence his illegal decision to remain in his home at Talatan Mafara since he was elected and incurring huge expenses in the process and subjecting the police and other security agents to divide within the Government House in Gusau and the governor’s house at Talatan Mafara.

Among all the former governors of Zamfara State, according to those interviewed by this platform, “Yari in less than one year through his conduct, policies and vision has proven to be the most insensitive with no clear policy direction.”

From creation, the state has never got any direction or focus due to poor financial management by the past leaders of the state. The whole system has become faulty democratically as there was no trust or truth in the system. The influx of the youths to the urban areas increased the rate of political ‘thuggery’ in the state.

According to Malam Bello Gusau, “It is shameful and disgraceful that the world has stepped into a global village, yet Zamfara is yet to locate its level, in dire need of development. The failure of all the governments is because they did not have the sense of purpose, direction and focus. The gravity of the whole offence lies drastically and terrifyingly on the past leaders who left power to Governor Abdul’azeez Yari. While Yari had continued to plunder as the case of his predecessors, pundits believed that he inherited virtually nothing from the past governors. But considering the kind of leadership and lack of accountability Zamfara witnessed in the last ten months under Yari, the incumbent governor and his predecessors are to be collectively blamed for the backwardness of the state and for allowing so-called contractors to defraud the state with nothing commensurate in return.

Pundits also averred that if Yari is indeed serious in fighting corruption he must start with himself by stopping his unnecessary foreign and domestic trips and ensure sanity and transparency in awarding government contract and in determining who or which company is qualified. They also said that Yari should start the war on corruption by subjecting his blood brother, Ja’afaru Dan’ auta to the EFCC for investigation because, according to them, the stupendous wealth Dan’auta is intimidating the people with which he did not have prior to the emergence of his brother as governor must be investigated to convince the people that Yari is sincere and committed to fighting corruption. They said virtually all the commissioners of Yari are redundant because all issues that have to do with money is now under the authority and monopoly of Dan’auta, Usman Sahabi Kaura and Alhaji Sani Jega. “The situation in Zamfara is unfortunate. Dan’auta was illiterate and had nothing before his brother became governor. Usman Sahabi has been cheating Zamfara and making millions since Yarima was governor. If the governor is serious, Dan’auta, Usman Kaura and Sani Jega must go to jail for the financial crimes they are committing against Zamfara and its citizens,” Bello said. But many believed that if the way Yari has started by reducing government to impact on the economic lives of few privileged in the state is anything to go by, he will go down as the worst governor Zamfara State has ever had. For now and in view of the typical leadership direction of Yari, the hope of getting a governor that will transform the state and its economy has been dashed in Yari.