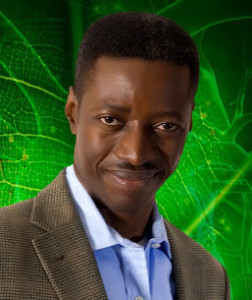 < [showads ad=GLO]/a>Prosperity-loving pastor Sam Adeyemi means many things to many people. To some segment of the Christendom, he is a cool and soft-spoken preacher of the word while others believe that his messages are only based on prosperity rather than the kingdom of God. Anyway, it all depends on what your own view may be. However, the gist we are serving you is about the rough times the Daystar Church pastor went through some time back. This is how the story goes: When Pastor Adeyemi realized that he was called by God to serve Him, he did all he could to begin his own ministry after going through in-depth tutelage from spirit-filled men of God. [showads ad=GLO]

As far back as 1994, Adeyemi just like other new pastors searched thoroughly for a good location for his new church but due to financial constraints then, he and his wife could not get a good one. Back then, Adeyemi was running a programme on Raypower 101.5 and he used to cough out the sum of N7,000 for a 30-minute session every week. Realizing that the money was depleting his account, Adeyemi had to shift the programme to OGBC 2 whose rate was lesser than what Raypower was taking from him then. The programme gradually crept into the subconscious of listeners and in turn drew some people to his new church.
[showads ad=GLO]
Also in order to get more space for his new members then, Adeyemi decided to use a space in a pub. This was where they conducted their service from and they normally paid a particular thug who happened to be the bouncer cum manager of the place.
[showads ad=GLO]
During a particular service, Adeyemi got to the hall to meet his members outside. On asking them why they should be outside, he was told that the ‘thug’ refused them entrance, demanding for his money before they could commence service. This made Adeyemi to confront the man and beg him to at least respect God and allow them have the service, but the stubborn thug vehemently turned down the pleas of the gentle man of God. Pastor Adeyemi then promised him that in just one hour into the service, he would gather the money from offerings and then hand over to him. That pledge worked and the thug allowed them to conduct the service but not without forcing Adeyemi to quickly rush the service so they could gather the fierce looking man’s money. [showads ad=GLO]

It was also gathered that Daystar Church had once shared apartment with a brothel where prostitutes did their business. This location was said to be in Coker Estate in Alausa, Ikeja. The environment was also said to be very unfriendly back then as the place was reputed to be a slum. The pastor, his wife and members managed the place at least to serve their God and win more souls for Christ. This continued until Pastor Adeyemi had a dream where he saw Bishop David Oyedepo anointing a site for him where he eventually started his church. Pastor Adeyemi was said to have sighted a warehouse along Oregun Road and finally commenced service there. Today, Pastor Adeyemi is ranked alongside other top men of God in Nigeria due to his achievements and style of teaching the bible. [showads ad=GLO]

However, the pastor was sometime ago reported to have been engaged in a ‘fight’ with the board of his church over their alleged decision to purchase a private jet for him. He fervently turned down such moves believing that the living standard of the church members must improve before all the talk of private jet. It would also be recalled that some younger pastor had left Daystar Church in the past to start their own ministry, but one fact remains that they all copied his style of ministration and administration. One of such pastors is Steve Akoni of First Assembly Church whose church could be mistaken for Daystar Church because of the striking similarity. [showads ad=GLO]