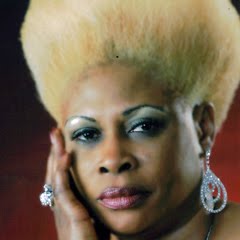 AFTER 16 years on global music stage, Floxxy Bee, the Queen of Hikosso Music was made the Yeye Asa (Mother of the Source) of Ile-Ife Iyanfoworogi, last year in recognition of her musical achievements and her efforts over the years to further the musical and cultural traditions of Nigeria throughout the African Diasporas. Today, her brand of music which is a mixture of Highlife, Makossa, Soukous, Juju and Afrobeat have attracted the attention of African-American communities in United States, such that heroic awards and citation was read on her behalf in the cities of Boston & New Jersey simultaneously. In giving back to the society on the world level, she stages a maiden ‘Yeye Asa Festival’, which literally
translates in Yoruba dialect as ‘Mother of Culture’ in New York, United States on December 7. In this exclusive interview she opens up on the concept behind the ceremony, awards’ significance and rest.

What is the aim of the YeYe Asa Festival (YAF)?
The YAF aims to give recognition to African women who project and promote African culture in a positive light. It emphasizes the feminine side of African culture and women’s importance in preserving and adapting African cultures to 21st century realities.

What plans have put in place in ensuring that this historic ceremony slated for New York on Dec. 7 is epoch-making?
YeYe Asa means ‘Mother of Culture’ and I will put all my power, talent and effort into making the YAF a success. The YAF, which seeks to stress and highlight the contributions and issues of women in our culture, will be relevant.

What is the significance of ‘Yeye Asa of the Source’ chieftaincy title given you at Ile Ife?
The significance of my title is that it inspires and encourages me to devote my musical gifts to preserving our culture. The title is an honor and an obligation to work within our culture to preserve it and make it
modern and relevant, difficult in a time where cultures worldwide are breaking down. I can tell you that Nigerian Embassy here in America would be well represented as the Cultural Attache to the High Commission has confirmed that the embassy would be well represented.

What are the effects of ‘Yeye Asa of the Source’ on Yoruba race in the Diaspora?
Historically the Yoruba were the dominant cultural force in the Diaspora. What the Yoruba brought with them in a mostly involuntary displacement to the New World has survived in various forms up to this day. Traces of our rhythms, dance, customs and spirituality can be found virtually all black cultures throughout the Diaspora. The ‘YeYe Asa of the Source’ seeks to remind us of who we are and that our contributions have not ended, our Culture still has more to offer.

Can you kindly mention that particular music album of yours that among other factors earned you ‘Yeye Asa of the Source’?
As you know, most of my recent recordings were done in Nigeria and in Yoruba language. It may not be any particular track but my return to my roots as a passionate lover and propagator of African culture.

What kind of evergreen statement and impression do you wish to leave in the minds of Africans, Americans who attend your show on Dec.7?
The impression is less in a statement than proving this fact: Your (our) African heritage is something to be proud of.

As the Queen of Hikosso music, kindly take us through few of the awards you have been honored in the entertainment industry?
The many awards I have received are for promoting African music and culture in the Diaspora.

We heard that your music citation was read in Boston and New Jersey. Kindly tell us about it.
I received the citation while I was in Boston performing with my band (where I also received the GAIN, Inc Ambassador of Music award). The citation from the City of Newark was on the occasion of the US launch of my Orimitikore album.

We gathered that you will be giving out awards to outstanding women that have further popularized Nigerian and African cultures in United States; yet scandal-free. Tell us about it.
Preserving and advancing African culture is not a one woman’s proposition, it takes all African women. The YAF is giving awards to three women who, each in their own way, have been doing so. The honorees are: Joyce Adewumi, a Nigerian renowned singer and choreographer, Dione Saoudatou, a Guinean fashion designer and Olori Kikelomo Adekoya, a Nigerian marketer of traditional African art and handicraft. Our aim in giving the awards is to honor these women and to encourage others to join us in promoting our culture.

Sure, this concert would have caused you a fortune to package. How much precisely have you spent so far to put Nigerian culture through your festival on global history?
The cost of the YAF is nothing compared to what is necessary to spend to preserve our cultures. Promoting Western culture is a multibillion dollar enterprise, the effects of which have been devastating to our indigenous cultures. It should be a National priority of the Nigerian government to preserve and support the diversity of our culture but the artists and artisans are struggling to do so, lest we lose it.

Would this festival be an annual event or a one-off ceremony?
All that we can do is to plant the seed and hope, by the grace of God and with the help of our ancestors, it grows.

Above all, what is your message to Nigerians, Africans and Americans at this time?
If we Africans don’t maintain our Culture who will? In our enthusiasm for all things Western, let us not lose our souls or forget who we are. To our American friends, we thank you for your support and encouragement.

Finally, what surprises should the crowd expect from you before, during and after your live performance in Yeye Asa Festival, New York?
The real surprise is how good we are. You have to see to believe!