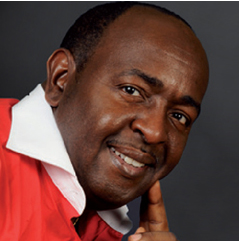 What you are about to read may appear as another flick from the popular NigeriaN movie industry which a lot of people refer to as Nollywood, but it Is neither a home video nor a soap opera, it is a situation that played itself out for real. In this real-life drama, the participants include the pastor on one side and members of his church on the other. The location is the church premises at Acme area of Ogba, in Lagos.

Weeks back, the lead actor in the drama, Pastor Femi Atoyebi who happens to be one of the most trusted aides of the General Overseer of the Redeemed Christian Church of God worldwide, Pastor Enoch Adeboye was said to have told the congregation during the normal Sunday service that he would like to purchase a private jet for furtherance of the gospel but none of the church members responded. Everybody acted as if they did not hear what he was saying. The pastor continued his sermon and again, he reiterated the fact that he would like to add a jet to his garage which is already filled up with different a fleet of assorted makes cars; and again, none in the large congregation responded.

The pastor who at this point had already started feeling uncomfortable decided to wait till the end of his sermon to ask for the third and the very last time. That was the last straw that broke the camel’s back. Immediately he asked the congregation the third time: ‘Are we game for my private jet request?’ what he got was not what he bargained for as the entire congregation chorused ‘Noooooo’ in a very loud voice followed it with a thunderous ‘booooooooo’.

That was how the rich pastor who was obviously embarrassed by the congregation ended the church service on that day.

Atoyebi who is shepherding the flock of the Redeemed Christian Church of God located on Acme Road, Ogba Lagos is not just a man of God, he is a man of means as well with his chain of businesses scattered all over the country and even beyond its shores. The congregation he now oversees was once led by the now General Overseer of the Latter Rain Assembly, Pastor Tunde Bakare before he left the Redeemed fold to float his own ministry.

One cannot totally blame Atoyebi for his ‘humble’ demand because even his boss, Daddy GO as Pastor Enoch Adeboye is fondly called, has repeatedly been in support of luxury things of life with his fleet of cars and private jets to show for it. He was once quoted to have said, ‘we can’t ride on donkeys’ when he was asked in a recent interview about his super high taste for automobiles and other luxurious things of life. Meanwhile, the general body of the Redeemed Church is planning to erect a multibillion naira 7-Star hotel at the church camp located on the Lagos-Ibadan expressway. Already, five people are said to have donated N20 million each, amounting to N100 million towards the execution of the project while other donations are said to be rolling in fast. The donations are said to be in the region of N50 million and above. Who knows, the hotel could be the best in the country after its completion.