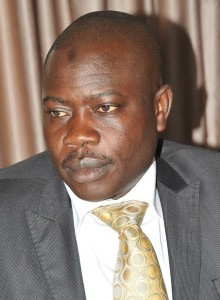 The threats between the incumbent governor of Osun State and candidate of the APC, Governor Rauf Aregbesola and that of the PDP, Senator Iyiola Omisore are gradually being fulfilled. At the ongoing voters’ registration exercise in Ile-Ife, a top chieftain of the Peoples Democratic Party, Chief Taiwo Oladele popularly known as Baba Janjala was murdered in cold blood allegedly by APC supporters who stormed the venue of the exercise close to the deceased’s home.

It could be recalled that last December, precisely on the Christmas Eve, a Hausa man who used to sell ‘suya’was also murdered in Ife East LGA by hoodlums alleged to be supporters of Aregbesola and APC under the leadership of the local government chairman, Tajudeen Lawal, the commissioner for culture and tourism, Honourable Sikiru Ayedun and a leading businessman in the town, Mr. Rasaq Adekola a.k.a Awise. The event was said to have occurred when the boys asked for settlement from the’Aboki’ as their carnival bonus. But the Hausa man refused to part away with his hard-earned money and urged them to come back. Lo and behold, the boys attacked the man and before anyone could blink an eye, it turned to a free-for-all fight and the Hausa man was eventually killed.

Moreover, after some of the culprits were arrested, and on discovering that majority of them were some of his boys, the Ife East Local Government chairman, Tajudeen Lawal went to the police station in More to demand for their immediate release and later replaced them with innocent boys whom he perceived as political opponents. It took the intervention of top chiefs in the town, particularly the Iyalojas to intervene and get the innocents released.

Meanwhile, as the election of the state is getting hotter and many of the aspirants to the top seat in Abere, Osogbo government office are ready to release all they have in their armoury to ensure victory during the election, proper security should be beamed on the state by the federal government or else, serious crisis may emerge. In our past edition,Global News reported that one of the aspirants had been accused by an opposition party in the state of importing arms and ammunitions to be used to combat the other party. We were also exclusively informed that a member of the House of Representatives in the state may be arrested for investigation as regards the murder case. However, one thing that would surely work against the APC chieftains who are involved in this murder case is the mutual relationship between the victim and the paramount ruler of the town, the Ooni of Ife, Oba Okunade Sijuwade who would surely use his powerful connection with the powers that be to ensure justice is done. However, the case has been transferred to the force SCIB in Osogbo under the watchful eyes of Mr. Omojola, the area commander and feelers from the state attest that the culprits will soon be taken to Abuja for further probe.