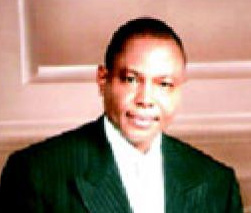 Keeping a steady relationship, or is it affair, is definitely not one of the hobbies of beautiful and ever bubbling Ghanaian actress Nadia Buhari, one of the most beautiful babes in the whole of Ghana and in the make-believe world. Nadia is one of the leading actresses and is ranked among the three most sought-after, alongside Yvonne Nelson and Jackie Appiah, in Ghollywood. Nadia who had her breakthrough in the entertainment world from the movie flick titled Beyonce, is a brand ambassador of Nevon Soap.

This mother of one is one of the models of Orange Drugs Pharmaceutical Limited owned by light-skinned dude, Tony Ezenna. We learnt she got the contract as the only model of Nevon Soap because of the alleged sizzling affair going on between the two, though it is obvious that she was not the only beautiful model that Orange Drugs paraded.

She was enjoying all the benefits associated with the title of Brand Ambassador and mistress until the devil reared its ugly head. The former gubernatorial aspirant in Imo State knew what he wanted to delve into, and that she has a child out of wedlock and got booted out of a relationship that was supposed to lead to altar with Chelsea player big boy, Micheal Essien, which crumbled because of alleged infidelity on her part. Before the relationship finally crumbled the duo accused each other on issues bordering on infidelity.