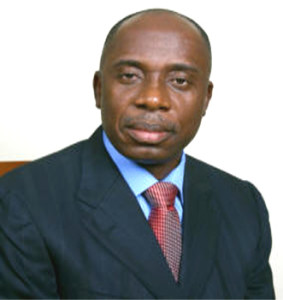 Not many Nigerians would forget in a hurry the tussle between the president of Nigeria, Goodluck Jonathan and the governor of Rivers State, Rotimi Chibuike Amaechi. The fight between the two took dramatic turns, affecting so many top guns in the state and causing pandemonium between the police hierarchy and the government of the oil-rich state. The media also played its role in disseminating reports about the brouhaha when the heat was ongoing. At the centre of attraction then was the wife of the president, Dame Patience Jonathan who also hails from the state, in fact, the same local government with the governor. The first lady was accused then by the pro-Amaechi camp of being the major cause of the battle which was tagged “Battle for Supremacy”. With the intervention of some party leaders of PDP, the fight seemed to be subsiding but alas, the always controversial and never-say-die governor is in the news once again.

This time around, he is in tango with a former governor of Bayelsa State, Timipre Sylva. It is reported that for now, a rising hostility is brewing among the supporters of the All Progressives Congress (APC) in Bayelsa State following the alleged plot by some politicians to hijack the conduct of the state congress of the party and install a substantive executive loyal to the former governor, Chief Timipre Sylva. This plot, however, according to top APC sources, has pitched the Rivers State governor, Amaechi against the former governor, Chief Sylva. This act may baffle many political watchers as to how Amaechi from faraway Rivers State would want to fight over an APC congress in Bayelsa State.

Well, the fact is that Amaechi is the national supervisor of the three states of Rivers, Bayelsa and Akwa Ibom. In this capacity, the Rivers State governor had moved against the plot of imposing a candidate on the party in the interest of the establishment of a solid base for the party in the state and asked the former Bayelsa governor to serve as a leader and refuse the temptation of installing a substantive executive ahead of his 2016 governorship ambition. The refusal of the former Bayelsa governor, Chief Timipre Sylva is, however, attributed to the recent exit of some of his loyalists from the APC in the state.

However, one of the big fishes in the ocean of the APC in Bayelsa State, Prince Lucky Yeubogha, who is the special adviser on protocol matters to the former governor, Sylva while announcing his decision to dump the APC in the state, accused the party of faulty ideology. He also disclosed that he left the APC with the over 1,000 members of his camp and socio-political group known as the Great Sagbama House. Prince Lucky Yeubogha, while speaking with newsmen in Yenagoa, said the decision to abandon APC was based on the true discovery of the faulty ideology they brandished and the realisation that it was a party based on trial-and-error politics. In his letter of resignation from the APC, addressed to the interim chairman, Chief Tiwei Orunimigha and the former governor, Chief Timipre Sylva, addressed as party leader, Prince Yeubogha said the decision was taken after due consultation with members of his family and political associates of many years.

“The decision was based on the need for me to support a base that will continue to engender the progress of our dear state and the country. It is right to state that the devil you know is better than the angel you do not know.”

Prince Lucky Yeubogha denied the claim that his decision to abandon the APC was fallout of the just concluded party congresses at the wards and local government councils. “Politics is about interest and calculations. When you have an interest to move your state forward and you find out that it is not protected by the expected change, you dump such interest.”

“I have come to find out that there would be no change. I am back to my true party, the PDP. I did not leave the party because of crisis over ward or local government congresses. But I left when I discovered that the party was based on political gamble,” he concluded.