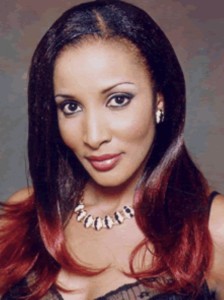 One beverage that recently stormed the Lagos market, competing favourably with leading products from top brands like Guinness, Nigerian Breweries etc, is Hero brand of beverages. This drink is hugely appreciated most especially by South Easterners who believe the drink could go a long way in dethroning the so-called market leaders. The brand has products like malt drinks, beer, soft drinks and others and is currently making waves in the Lagos market.

However, that is not the gist for now. Google gathered from sources close to the manufacturers of the drink that the ownership of the brand is presently causing a strong brouhaha between the family of Igbo hero and late Biafran warlord, Emeka Odumegwu Ojukwu and the former governor of Anambra State, Mr. Peter Obi who many claim is the owner of the brand. For now, there are two camps on this matter. While a camp is saying categorically that the Ojukwus led by ex-beauty queen Bianca are the owners of the company that brews the drinks, another camp says that the former governor, Obi owns the company. What Google observed however is that the topic is generating a hot debate between the opposing camps made up most especially of people from Igbo origin. If this fight over the brand is on between the duo, one wonders how the Ojukwus would unite together to fight for their rights as events in the past have shown that there may be no solid relationship between the kids of the Biafran warlord and Bianca. This piece, however, is also serving as a clarion call to those who are in the know and the board of directors of the company to let people know the real owners of this brand in order to set the record straight.