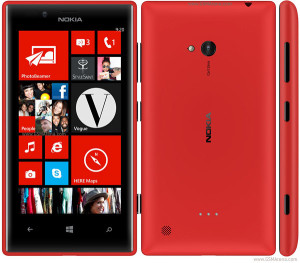 A visiting president once stated that in Nigeria, anything goes, and this aptly summarizes the trend with which some multinational companies have gradually turned the country to a dumping ground of some sort, recent example being the giant phone making company Nokia which has been pushing substandard phones into the country.

It began some time ago with a particular brand of Nokia phone, Nokia 101 to be precise, which was discovered to be of substandard quality. The phone which was made attractive with functions like mp3, FM radio and long-lasting battery, the trademark quality of Nokia phones, was advertised to make it attractive to millions of innocent Nigerians who also trooped out to buy it. However, rather than serve all these functions, those who bought the phone were forced to return it as it developed fault as soon as they started using it and all attempts to make the phone company fulfill its warranty promises failed.

Then came the highly talked about Lumia phone which interestingly appears to be going the way of the initial one. There have been so many complaints about the Nokia Lumia brands of phone and most especially the very expensive Lumia 925 phone. Those who have purchased of the phone which is slightly below N100,000 had not been able to enjoy the phone a bit as they attest to the fact that it has been developing one problem or the other. Now, the ones sold by one of the country’s telecommunication company, Airtel Nigeria to its customers, we gathered, have been have been the worst hit.

Sources revealed that the phone which, though is a 2013 model, is not supposed to have been allowed into the country but as it stands, it is a tool used by the phone making company to defraud millions of Nigerians of their hard earned money. It was discovered that rather than stick to the warranty agreement of changing the fake phones to new ones, the Nokia company has only volunteered to repair them, and that is made worse by the company’s inability to find a solution to the problem and its decision to start billing its customers for repairs of the phones that are not up to four weeks since purchase.

This move, we gathered, is a deliberate one by Nokia to push fake and substandard phone to Nigerian market knowing fully well that the government often does little or nothing to protect the interest of the people. What’s more? There is active connivance from Airtel which undertakes a fraudulent promo also aimed at defrauding Nigerians selling the fake Nokia Lumia 925 phones.

In the promo, Airtel is has tactically avoided giving full details of what it offers postpaid subscribers in the advert in contravention of the rules of Advertising Practitioners Council of Nigeria (APCON), the organization saddled with the responsibility of controlling advert contents in the country. All Airtel claims is that there is internet access for a period of one year for buyers of the phone to further drive the sales of the phone.

Further findings also revealed that Airtel has also been spelling out some hidden conditions for the prepaid subscribers for them to enjoy the benefit stated in the promo. And the end-result is the number of aggrieved customers who are trooping in daily to its offices to lodge complaints about the fake phones.

Further findings also revealed that Airtel has also been adding some hidden conditions for the prepaid subscribers for them to enjoy the benefit stated in the promo, though as the partners in the Nokia fake promo, Airtel is supposed to work hard at save-guarding their name staffers of the telecoms company are doing little or nothing by their careless attitude to the plight of their customers who are trooping in numbers to their office to complain about the state of the supposed new phones they bought from Airtel offices.

Aside this, staffers of Airtel are daily turning themselves to nothing but nightmare with the way and manner they attend to consumers who are spending their hard earn money to purchase one product or another from the company. Worst are the Ogba outlets staff who talk and treat customers with disdain and because of their careless attitude one can feel the unhappiness of those who visitsthe place to do business with them.

A customer who purchased the Lumia 925 had to return it after the phone developed a fault, but rather than change the phone, an Airtel staff who earlier welcomed and sweet-talked him into buying the phone refused to attend to him and when she eventually did, the handset was collected from him with promise to send it to Nokia office for repairs but it was discovered it was dumped inside the office for several days and it took the intervention of the supervisor who said the customers should have reported the unruly behavior of her subordinates for proper action before the phone was changed.

The supervisor whom we learnt just got transferred to the outlets is said to possess good managerial and consumer relations skills. She doused the tension of those who were ready for a showdown with unruly staff with her attitude.