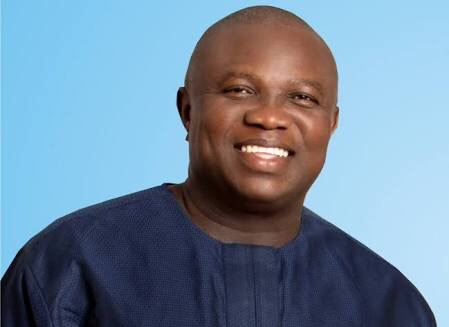 It is no longer news that hard working governor of Lagos State Akinwunmi Ambode sacked the chairman of Lagos State Internal Revenue Folarin Ogunsanwo and its also a stale news that he has appointed his replacement in less than 48 hours that he was removed.

But what they have not told you are why the once powerful man in the kitchen cabinet was suddenly removed without prior noticed. Though it was said that he was relieved because he was then due for retirement but Global News can tell you for free that the disgraced Folarin Ogunsanwo was shown the way out of his exalted position because of an alleged fraud scandal to the tune of N4.8b .

Investigation revealed that Ambode so much relied on the former LIRS chairman that he never doubts him on anything he decided to do and he was given the necessary support both financially and morally by the governor to make him succeed in his new post since the state rely more on the internally generated revenue.

But like a proverbial dog that will get lost who will never listened to the whistle of the hunter, it was alleged that no sooner than he settled down in office he started to misbehaved. Further learnt that on several occasions Ambode has called him to warn him to stop anything that can tarnished the image of the administration that is enjoying some kind of popularity among Lagosians and Nigerians presently. 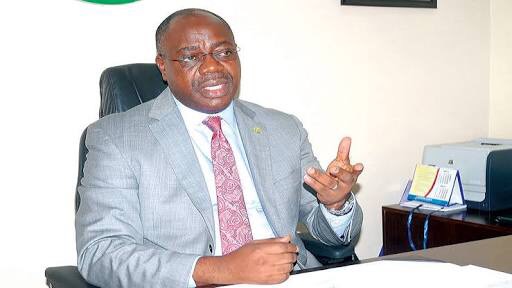 His cup was however allegedly full to the brim when he couldn’t explained himself clearly as to why a whopping N4.5b can’t be accounted for under his watch. When he was confronted with facts and figures to defend himself and he couldn’t give any satisfactorily answers to the questions put to him, the governor got angry and ordered that he should be relieved of his appointment with immediate effect.

It was also gathered that the governor every month always approved N1b for him to take care of the agency directors and members of staff but he was so greedy that he doesn’t give them from the money. Aside this, he’s also accused of treating politicians with disdain who are members of the ruling APC in the state who goes to him for one form of help or another.

When the bubble busted, he was alleged to run to Asiwaju Bola Tinubu to save his neck from the hangman noose but the former governor simply told him that there’s little he could to help him especially when the case involved something related to fraud and simply advised him to go and clear his name .

This information is what those closed to the seat of power in Alausa are trying to keep in utmost secret because of the shame it’s going to bring to the administration that’s trying to do everything possible to be the best in Lagos State in years to come .