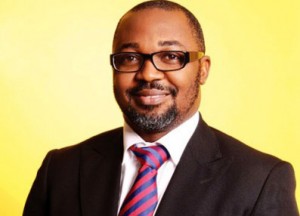 The rate at which some so-called multinational companies amass profit to the detriment of Nigerian is becoming alarming. Recently during this last Ramadan period when gifts were expected to be given out to people in the spirit of the fasting, Multichoice Nigeria the parent company of the satellite television company, DSTV announced that starting from next month they will be increasing the subscription of fee for different plans and that it is only those who renew their subscription before it expires that will be enjoying reduction in their subscription fees.

This is coming on the heels of the complaint by some of their consumers that the cable television station is not delivering on its promises. A customer, Mr. Ola who spoke with Global News complained that few weeks to the completion of the South African company sponsored Big Brother Stargame he was yanked off the channels after he had made subscription to that effect only not to be reconnected when formal complaint was made to that effect. Another customer revealed that his mobile application, Drifta has not been functioning well as it sometimes loses signal especially in the outskirts of Lagos.

Not too long ago, the company’s mobile application became inaccessible to subscribers for weeks before it was rectified. The crisis of signal loss has been a common issue with the DSTV and this informed the anger the people greeted their latest price increase, the new price regime will see DSTV Family subscribers get an increase from N2, 800 to N3, 000; DStv Compact, from N4, 800 to N5, 000; DStv Compact Plus, from N7, 000 to N7, 500 and DStv Premium, from N10, 000 to N11, 000. The price increase they claimed became necessary as a result of the current rise in the company’s operational and ancillary costs which include: content acquisition and development; technical infrastructure; satellite lease; facilities and maintenance.

Investigation however shows the price increase is only in Nigeria, while the South African arm of the company is enjoying a steady price regime, it has of late become a habit for companies to charge more in Nigeria for the same service other African countries are paying less. Example is the telecommunication companies; though MTN has very large subscribers base in South Africa, the company is making more money in Nigeria. Recently the National Assembly had to wade into the rate at which airlines are charging Nigerians almost double the amount other countries are paying for the same destination.

DSTV is the latest company to serve Nigerians such bitter pills and it is only a matter of time before they decide to increase the subscription fees again.

2 thoughts on “New Tricks Employed By DSTV To Defraud Nigerians”