After nearly two and a half years as Chief Justice of Nigeria (CJN), Tanko Muhammad retired as the 17th leader of the Nigerian judicial system on Monday. He was promptly succeeded by Oyo State native Olukayode Ariwoola.

On Monday, Mr. Muhammad abruptly resigned from his position 18 months before his scheduled retirement date of December 20, 2023, claiming health reasons.

According to protocol, Mr. Muhammad’s resignation allowed Mr. Ariwoola, the Supreme Court’s senior-most Justice, to be sworn in by President Muhammadu Buhari as the interim CJN.

Mr. Ariwoola is anticipated to continue serving as the CJN in an interim capacity until the process for his official appointment is complete.

Being the leader of several important judicial institutions and having the authority to select crucial individuals to the bodies, Nigeria’s chief justice exerts a domineering influence over the country’s judicial system.

As a result, the CJN’s personality typically dictates the course the Nigerian judiciary takes while he or she is in office.

His age has been disputed because his Wikipedia page lists 1958 as his birth year, which is different from what is on his official papers.

The new CJN’s five key must know facts, including his birthdate, are listed below.

22 justices, including the recently appointed acting Chief Justice of Nigeria, Mr. Ariwoola, have ruled over the activities of the Nigerian judiciary since the northern and southern protectorates were combined into the country of Nigeria.

Up until 1958, when the first indigenous chief justice, Adetokunbo Ademola, who was then known as the Chief Justice of the Federation, was appointed, five of Nigeria’s 22 chief justices presided over the country’s judicial system.

Nigeria became a republic in 1963, three years after gaining independence from British colonial authority in 1960, and the Nigerian Supreme Court was established.

The Supreme Court of Nigeria became the highest court in Nigeria when appeals to the British Federal Committee of the Privy Council ceased.

On Monday, Mr. Ariwoola was appointed as the 17th Chief Justice.

To refer to Mr. Ariwola as Nigeria’s 17th indigenous chief justice would mean Darnley Alexander, a longtime Caribbean resident who was appointed in 1975, was also considered a Nigerian.

2. To serve two years in office

Mr Ariwoola, his curriculum vitae obtained by PREMIUM TIMES, was born on August 22, 1954. This means he will clock 68 on August 22.

If eventually confirmed as the next substantive CJN, Mr Ariwoola will hold office for about two years and two months which will end on August 22, 2024, the day he is expected to clock the mandatory retirement age of 70.

Mr. Ariwoola reportedly began his primary schooling at Local Authority Demonstration School, Oluwole in Iseyin in 1959, according to his profile posted on the Supreme Court website. 1966 saw his graduation from the institution.

In 1977, he was accepted to study law at the University of Ife (now Obafemi Awolowo University, Ile Ife). 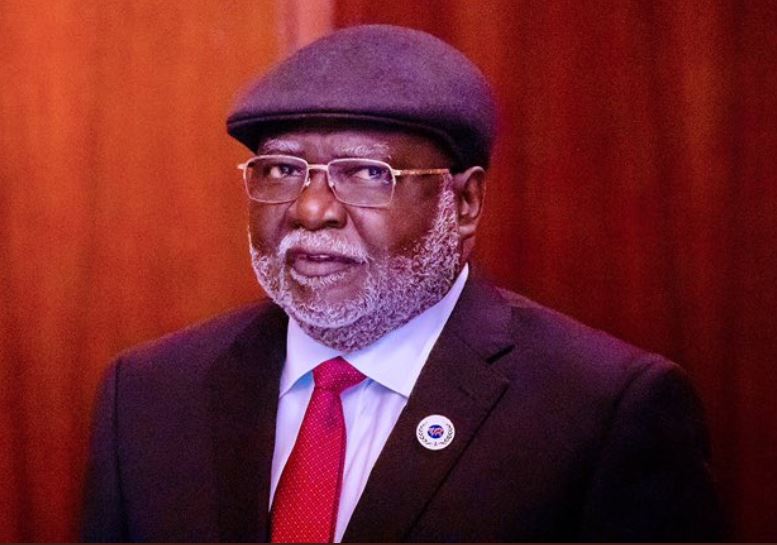 Before his training as a lawyer, Mr Ariwoola taught at Ansar-ud Deen Society Primary School, Atori, Iseyin in 1974.

After he qualified as a lawyer and was practising in private law firms, Mr Ariwoola took up a part-time teaching job at Civil Service Training School (now Simeon Adebo) Secretariat, Ibadan, Oyo State, in 1988.

He also did part-time teaching at Extra Moral (Advance Level) Studies, Faculty of Education, University of Ibadan, between 1984 and 1988.

He similarly did part-time teaching at the Post Graduate Diploma in Public Administration, The Polytechnic Ibadan, between 1989 and 1992.

Altogether, Mr Ariwoola has put about 40 years into his legal career which started with serving as a state counsel during his national youth service at the Ondo State Ministry of Justice, Akure, between 1981 and 1982.

He later served as a legal officer at the Oyo State Ministry of Justice between 1982 and 1988.

He later served as the principal partner of Olu Ariwoola & Co Mako Allah Chambers in Iseyin from 1989 to 1992.