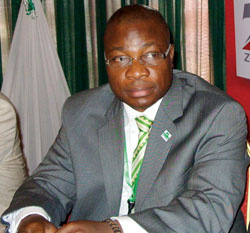 A manager of Mutual Benefits Life Assurance, Lagos, Mr. Nuhu Ahmed, has been nabbed for allegedly defrauding the company to the tune of N1.54 million. The suspect who was recently arraigned in an Oshodi magistrate’s court was said to have converted the money to his personal use rather than paying it into the company’s account.

He was said to have committed the crime sometime between March 2010 and May this year at the company’s office on Town Planning Way, Ilupeju, Lagos.

The suspect who is now standing trial on charges of stealing and obtaining money under false pretence, has, however, pleaded not guilty to the charges levelled against him.

He was granted bail in the sum of N1 million with two sureties in like sum.