On October 8, 2016, ntel, Nigeria’s fifth mobile network and, according to their website and social media platforms, Nigeria’s first pure play 4G/LTE advanced network will celebrate 6 months since the commencement of commercial operations on 08-04, 2016.

In those 6 months, ntel has attained full network coverage in Abuja, across large swathes of Lagos and then parts of Ogun, Nassarawa and Niger states. It has launched full VoLTE services, signed a landmark deal with Samsung, perfected its selfcare recharge via its website and practically changed the broadband landscape with its superfast and unlimited data propositions.

But despite these chest thumping achievements, ntel which is the trading name for NatCom Development & Investment Limited, has been hounded and harangued on all sides by traducers and nay sayers who have levelled all sorts of accusations at the nascent entity.

And the emerging picture is one of shock and bewilderment that a wholly Nigerian company could successfully acquire and return the moribund Nitel/Mtel to business after 5 failed attempts by more experienced entities like Orascom Telecoms of Egypt.

NatCom was among the 17 consortia that participated in the guided liquidation process for the acquisition of the assets of Nigerian Telecommunications Plc (Nitel) and Nigerian Mobile Telecommunications Limited (Mtel) and was declared the preferred bidder with a bid amount of $252,251,000.00.

What was not immediately apparent to the NatCom consortium was the moribund state of the assets they were going to receive and the fact that they would need, as Kamar Abass, CEO of ntel has noted in interviews, about $1bn to put them back in working order.

In the past few weeks, there has been an ongoing campaign by a group called Nigeria Association of Auctioneers (NAA), which is calling on the Federal Government to revisit the sale of Nigerian Telecommunications Limited (Nitel) and its mobile arm, Mtel, to NATCOM.

The group is accusing the Bureau of Public Enterprises (BPE) of lack of transparency. The BPE and the Nigerian Privatisation Council (NPC) oversaw the guided liquidation process that led to the emergence of NatCom as preferred bidder.

The NAA alleges that the BPE disposed of the core and non-core assets of the old Nitel and Mtel without recourse to open competitive bidding which it avers negated basic principles that guide sale of government assets.

As a telecom industry stakeholder and commentator, I have wondered why the NatCom acquisition of Nitel and Mtel has raised so much dust. A few months ago, Dr. Olatunde Ayeni, immediate past Chairman of NatCom had to defend his company in front of the House of Representatives committees on telecommunications and privatization.

His appearance at the house was predicated on a December 3, 2015, motion raised by Honourable Henry Nwanwuba Calling for an investigation of the Sales of Nigerian Telecommunications and Mobile Telecommunications (MTEL) to NATCOM. In his motion, the member of the upper house queried the liquidation, sale and takeover of Nitel/Mtel.

Following that motion, the House of Representatives’ committees on telecommunications and privatizations were directed to conduct an investigation into the BPE-led guided liquidation of Nitel/Mtel and the subsequent acquisition of their Telecom assets by NatCom. The committees were asked to report back to the house in eight weeks for further legislative action.
The motion seemed to be focused on 4 specific areas – i) undervaluation of Nitel/Mtel; 2) balkanisation of Nitel/Mtel assets; 3) foreigners benefitting from the privatisation process & 4) review of the privatisation process

Three months after Olatunde Ayeni appeared before the house with a robust defence that put paid to the matter, the NAA is raising further questions and the time may have come to answer the questions raised.

I will focus on two of those: alleged undervaluation of Nitel/Mtel and review of the privatisation process.

To answer the first question, one must ask why was Nitel/Mtel sold via a guided liquidation process? The BPE chose the guided liquidation process because of the huge debt and liability profile of Nitel/Mtel. This was necessary because as Mallam Nasir El Rufai pointed out recently at a stakeholders’ sensitisation conference on the Pension Reform Act 2014 for the North-West organised by the National Pension Commission, “by 2001, a step was taken to sell NITEL which was valued at $500 million. But NITEL’s pension liability was N43 billion, it was a lot of money then in 2001 and N700 billion was the total pension liability of the Nigeria Airways.”

The huge liability of N43bn, according to figures provided by Mallam El Rufai, was a sore point for prospective investors and it was a consideration of that huge liability that informed the BPE and NCP’s decision to pursue a guided liquidation strategy as had been successfully done in the case of National Fertilizer Company of Nigeria which was sold and became Notore via a guided liquidation process.

So, the sale of Nitel/Mtel, via a guided liquidation, to NatCom is not peculiar. It has been applied successfully before by the BPE and NPC in strict adherence to global best practices and tested parameters after detailed financial analysis and negotiations by the Bureau of Public Enterprises, financial advisers and the consortium.

Now, another point to take into account is the passage of time and attendant depreciation of asset quality. When we consider the fact that the figure mentioned by Mallam El Rufai is 14 years old and then factor in depreciation, would it be far-fetched to say that the true value as at 2014 was $252.2m (or N51.6 billion as noted by Otunba Senbore, the court appointed liquidator during a recent meeting with agitated creditors of the liquidated telcos at the Transcorp Hilton Hotel, Abuja) which the NatCom Consortium bid and paid for?
Otunba Senbore has noted at many fora that due process was followed diligently and to the full letter of the law.

The privatisation process is supervised and facilitated by the NPC and BPE. The BPE designed the process while the NCP approved it based on international best practice and almost 20 years’ experience garnered from other instances like the earlier referenced National Fertilizer Company/Notore as well as the National Sugar Company.

The Nigerian Communications Commission (NCC) was invited in recognition of its constitutional role as regulator of the telecom industry to vet the suitability of the applicants.

Out of the 17 companies that expressed interest, NATCOM and NETTAG were selected to move to the next stage. The two companies progressed to the “Request for Proposal” stage where a $10 million bid bond was a prerequisite in the technical proposal. During the opening process of the bid, NETTAG did not meet the bid bond requirement, and its bid was not opened. At that critical stage, there was a reserve price, but the turning point was that NATCOM eventually offered to pay $252.251 million to emerge the preferred bidder.

Aside from BPE/NPC and NCC, the process had an additional component; the appointment of Otunba Senbore as court appointed liquidator in line with proper judicial process. An accomplished chartered accountant and insolvency practitioner who oversaw the process, Otunba Senbore was duly appointed by the order of a court and was actively involved in the process from valuation to sale.

Infact, reports from the BPE also indicate that the NatCom Consortium ended up paying an additional $6m due to the staggered payment prescription and exchange rate valuations.
Six months down the line with subscriber base growing daily alongside an army of happy and satisfied customers, it is my humble submission that ntel deserves commendation and support not antagonism and unnecessary scrutiny.

First, for bringing the long drawn privatisation of Nitel/Mtel to a successful conclusion, and making sure that the remaining assets were not balkanised and then adding thousands of jobs to an economy in dire straits. 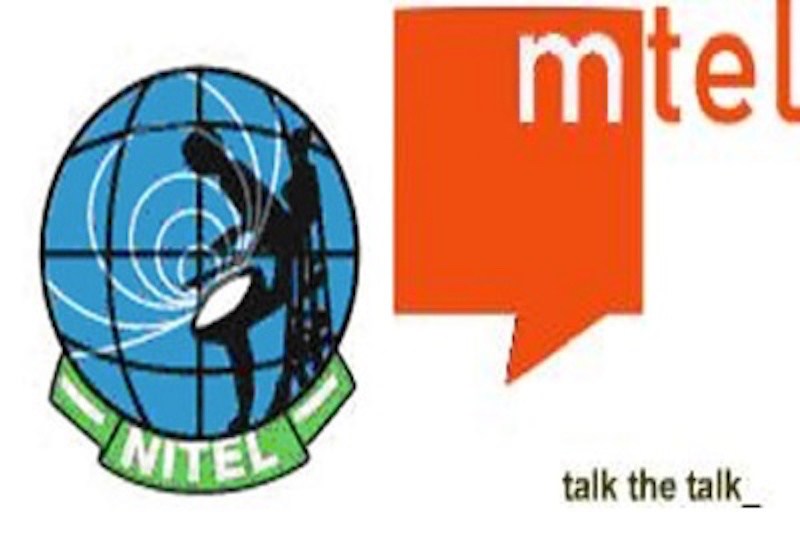