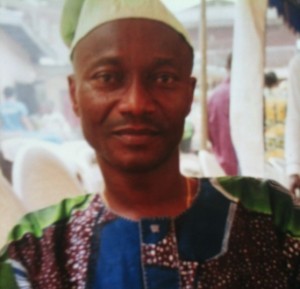 This is surely not the best of time for the incumbent chairman of Ojodu Local Council Development Area, Julius Muyiwa Oloro as he is currently swimming from one trouble to another especially arising from his management and embezzling of public funds. Our investigation revealed that there are several internal and external crises rocking the Ojodu Local Council Development Area which has pitched him against the civil servants and  council manager on one hand, and him with some supervisors and councillors, Ojodu ACN party elders, some ward chairmen (5 out of 6) and residents versus executive  chairman. It was further revealed that the council may explode very soon if the party leaders at the federal level failed to caution the recklessness and excesses of the executive chairman of the council, Hon Julius Olumuyiwa Oloro. The masses are not left out as they are  angry because despite the huge financial allocations and internal revenue accruing to the council area, there is no adequate infrastructural development on ground considering the huge income received by the council which is assumed to be more than twice compared to what was received by the past administration. Further information revealed that the monies Oloro-led government  received are as follows : From 1st March 2011 to December 31st 2011, a total sum of N317m and from 1st January 2012 to 31st Dec. 2012, a total sum of N729m. Total receipts as at 31st Dec is about N1.9 billion. To express their grievances towards the recklessness and mismanagement,   people boycotted the new year party organized by the chairman in his house on Sunday, 7th April 2013. Majority of civil servants, youths, party elders and ward chairmen were absent. The chairman from reliable sources so much relied on the support of the party leader who installed/imposed him as party candidate against the wishes of the masses and which if care is not taken the ruling party in the state may lose the council to the opposition parties who  have started capitalizing on the non-performance of this government to woo people to their side except if what happened in Ikoyi/Obalende or Ojokoro repeats itself. Recently, the youths of Ojodu blew hot at a meeting held on Wednesday, 10th April 2013 at the ACN secretariat in Aguda, Ogba. The meeting was scheduled to hold between the council chairman, Hon Julius Olumuyiwa Oloro and the representatives of the youths of the LCDA. The chairman was, however, absent and was represented by his vice, Hon Abiodun Ayileka. The youths in their presentation accused the chairman of displaying a lackadaisical and nonchalant attitude towards the growth and prospects of the youth members of the party. They claimed that the council chairman’s action is what could be regarded as the “use-and-dump syndrome”. One of the youths, Bolaji Soneye urged the chairman to stop using the paraphernalia of his office to witch-hunt or intimidate party faithful who worked assiduously for the ascendance to his position. Also, Sunday Afolabi, another member from Ward F of Ojodu opined that Hon. Oloro should have believed in the party supremacy and shown more regards for the hierarchy. The youth leaders also reiterated that the chairman should improve on his human/public relations and cited example of one of their members from Ward C (Dimeji) who was embarrassed and slapped by the council chairman. They implored him to desist from such illicit character and be more focused and committed to developmental programmes that will be meaningful to their community. However, the meeting which was attended by over 120 youths of the local government. was aimed at presenting and correcting some of the anomalies of the council chairman. Also in attendance at the meeting were the Chief of Staff and Supervisor for Finance of the council. The duo and the vice chairman Hon Ayileka promised to relay the message of the youth forum to the council chairman for urgent and necessary action. The question on the lips of many people is, how come the chairman whom we learnt was poor like a church rat and who could not afford to rent a house when flood sacked him in his former house behind the council in 2011 before his emergence as the chairman with properties all over Lagos and his home town now turns to a sudden millionaire after he was sworn in? Global News gathered that in 2011 when he was sacked from his house, it took the intervention of the then executives who raised a memo to loan him N1m with which he rented a house in one of the properties of the current chairman of the NURTW Agbede, somewhere within the local council. But now, tides and times have changed and Oloro of yesterday is now a multimillionaire. And to tell the whole world and people of the council that he has truly arrived, shortly after he was sworn in, precisely three months in office, he bought over a property very close to Beulah Hotel in Oke-Ira 2nd junction of the area which he dismantled and within six months he has built a palatial mansion that befits his status valued at about N25 million and also said to erect two bungalows on two plots of land in his home town in Ikere-Ekiti also said to be worth millions of naira. He is also alleged to be building a hotel somewhere in the Mowe area of Ogun State. Oloro (literally translated to “wealth man”) is also said  to be so arrogant to the extent that he keeps telling anybody that cares to listen that he has no business with people of the area but the godfathers who imposed him on the people and who we gathered he always gives lump sums of money from the council allocation; and right now he  is alleged to be busy diverting council funds to be used for campaigning for the next election which will usher him in for another term in office despite his under-performance.