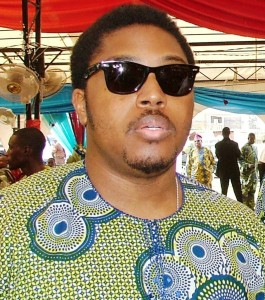 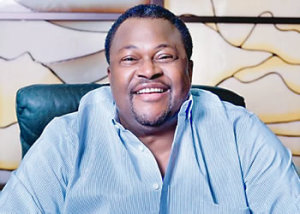 [showads ad=GLO] In the Adenuga’s household, there are many children and amongst the many, some are visible in the public glare, some introverted within the precincts of the super-fabulous world. Truth be told, they are all popular for various reasons. While Bella Adenuga is known to be much focused and career driven due to her role in Globacom, Jide, the first son of Mike Adenuga is not into the whole Globacom thing. Insiders maintained he had long fallen out of favour with his dad, who in turn starved him of cash and certain luxuries that his siblings were used to. So when you run into Jide in clubs, lounges and other recreational spots, he is usually in the company of other silver spoon kids like Maiden Ibru’s son, Tive.
However, of all the Adenuga kids, the one that has remained the most talked about is arrogant-looking Paddy Adenuga. Years back when this spoilt brat appeared on the social scene, he caused a major uproar not because he was an extra-ordinary fellow but because he chose to wear the toga of “my father is a very rich man” on his shoulders, like cult boys wear their balaclavas.
He moved in a convoy of siren-blaring cars and anywhere he went to, he left the waiters and people in general with very uncivilized attitude. He was rude to people, both young and old; he was arrogant, and cared less what people thought about him. Paddy gained a reputation for being a notorious diva as he threw tantrums faster and better than a lot of Hollywood divas. The security details harassed people endlessly at clubs, until one day when they over-stepped their bounds and crossed the path of a certain Niger-Delta billionaire who is believed to deal in arms. Were it not for the intervention of the club owner who pleaded on Paddy’s behalf, it would have been a different story. Fast forward a few years later and the bad boy of Adenuga’s household has not only gone gaga, but is alleged to have taken his misdemeanor to a whole new height. Not too long ago, Paddy was reported to have issues with his father on account of his nefarious lifestyle. From having sex in his office to smoking every “smokable”, nothing was left out. Eventually, Paddy shut down and travelled out of the country. Of course, the father is believed to have cut the supply of funds and he became desperate. Paddy is used to the good life and unlike other silver spoon kids who would go beg their father so that they don’t become stranded in life, he refused and even dared the Ijebu high chief by wild partying, womanizing, globetrotting, shopping in high-end boutiques. So paddy devised a plan that was to keep him in the kind of money he wanted: VVIP all the way. [showads ad=GLO]
Paddy Adenuga is believed to have sold the family house in London to real estate buyers. Yes! Insiders affirm that he sold the sprawling mansion in West London for a staggering amount. With this money, Paddy instantly got his groove back. He left for the states where he parties and super-balls. The West London mansion has been home to the Adenuga children for a long time. He has been going heavy on gambling and all manner of vices. But Otunba Adenuga is said to refuse to let go of his house. Rudely shocked that Paddy could resort to selling the property which was for the use of his family, he returned the buyer’s money and took back his property. In other words, Paddy made away with that multi-million pound sale. Ordinarily, it might be a criminal offence if looked into very well but the Ijebu high chief is said to have wisely decided to let sleeping dog lie. Eniola Adenuga who is also said to be one of the favourite children of Adenuga did spring a surprise on his family recently when he brought home a lady who he said was pregnant for him. Eniola as we have previously reported is a big-time night crawler and party animal. He parties wild and is always seen with different shades of girls at night roving from one club to another. To most people, it wasn’t any shock that Eniola impregnated a lady because, life is very hard on the streets now and why not just get pregnant for a rich dude if possible at least for a lifetime social-economic security. That was exactly what the girl did; she took in and before one could say Jack, gave birth to a bouncing baby boy who is a split image of the Adenugas and we are also pleased to announce that from his sons, this is his first full-blooded grandson. The naming ceremony has been done and baby has been fully accepted by the patriarch of the family, Otunba Mike Adenuga.
[showads ad=GLO]