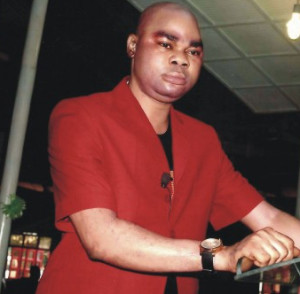 It has over the years become visible that most of the pastors and general overseers in the country are actually in the profession for personal gains and not because God actually called them. And situations over time has proven that the devil has actually moved into the church where he now reigns supreme; and this further confirms what Jesus said in the Bible that many who claim to heal the sick, raise the dead and do all sorts of things in His name will not enter into His father’s kingdom in the end.

When news broke that the god-like General Overseer (GO) of Christ Revival Victory Chapel International (CRVCI), Prophet Elijah Ajanaku died, it sounded unbelievable, but the unfolding revelations after his death brought to question his kind of worship. Though there has been much news about the death of the man whose words during his time sent shivers down the spine of everybody present, for some time now there has been many reports as to how he died. While some claimed he was purportedly buried by cult members, Global News gathered most of these are far from the truth. Our recent investigation by Global News revealed that the prophet might have been sick before he was moved out of Lagos and this we gathered was the reason the programme scheduled for Abuja to celebrate his birthday was canceled.

Insiders revealed that the prophet had developed a spinal cord problem while allegedly having sex with one of his female personal assistants. They said it was while trying to find solution to the issue that the church bus he traveled inside (as he could not sit since the spinal cord injury which is the reason, he was laid in the bus) had an accident around Ibadan. Though the accident was not that a serious one, the impact was enough to have the pastor rushed to University College Hospital, Ibadan (UCH), where he was allegedly registered under the name Ireti Elijah so as not to reveal his true identity.

Sources further revealed he was in the UCH for a couple of days before he was moved to his hometown in Gbogan possibly for traditional solution to the back problem. He was alleged to have asked those with him to move him to Ado-Odo town where the man was said to have acquired a huge expanse of land which was said to be in excess of 100 acres. Sources revealed he was in Ado-Odo for about three days before the herbalists there confirmed that it was beyond them. We also learnt that after he left the place, he was moved to one of his aunts’ church Modakeke; it was while there that the aunt invited other pastors who asked him to confess his sins. He allegedly opened up on the many controversies in his life.

One source, however, revealed that in the course of his struggling for his life, he was forced to reconcile with members of his family. It is worthy to note that he had never hidden the fact that he was not in talking terms with them for many years. Unconfirmed sources alleged that he had children from many married female members of his church while their husbands, who saw him as a god, were in the dark; and close aides that he had slept with all the girls who were living in his house at one time or the other, after which he was said to have chased them out accusing them of all sorts of things so that church members would not believe anything they might say later as by that time the supposed man of God had aborted several times for them while they were living under his roof.

Global News was also informed that a man died some years back in the church auditorium during a special vigil programme. Though the case was denied by members of his church, those witnessed it claimed that it was the reason a member who gave the church its first set of musical instruments was forced to leave with his wife who was the one that invited the deceased. Because of this, we were also told, the church member took back the equipment he donated. The story is that the deceased who was not a member of the church mounted the podium after he was called to sing and as he was ministering, he slumped and died right there while the Prophet Ajanaku looked on passively as if nothing had happened. To the surprise of all, the prophet who used to claim he was always dining with God later told the people that he deliberately allowed the man to die.

Insiders revealed that his many atrocities were the reason for the mass exodus of many pioneer members from his church, one of which was a certain member who accompanied him to South Africa but decided to call it quits immediately after returning from the trip as the man was said to have caught him with charms and also witnessed him having sex with some female members of his church who were in the entourage.

Though unconfirmed, some sources revealed the pastor was vomiting maggots before he died and this we gathered was as a result of many things the man, who claimed he would not eat in people’s presence, had swallowed in his quest for power. It was also alleged that his stomach had burst before his death. After his death was announced in the church, his wife left the church and his house, and we have unconfirmed reports that the church is at the moment under the control of Ifemide Akinboni, the young girl he declared would be taking over from his estranged daughter in Christ Tope Alabi, after the relationship between the two broke.