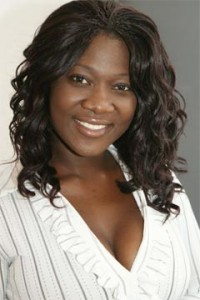 The tale circulating around town is that the planned wedding of one of the most talented and most sought after actress in the  English sector of Nollywood, Mercy Ozioma Johnson can no longer hold because Prince Odianosen Okojie, the proposed groom of Mercy is married to a Canada-based lady named Lovely with two beautiful kids, a boy and a girl. Really, M.J as Mercy is fondly called, is in-between the devil and the deep blue sea. She had hyped the proposed wedding herself, telling everybody how much she has spent on the shopping for the mirage wedding – the same with the media that didn’t spare her any breathing space. This same wedding to this same man has been fixed and cancelled like one or two times for reasons she cannot place.

The whole drama got messier, when Lovely came out of the blue claiming that she is the legally married wife of Prince Odianose, who Mercy is planning to get married to come August 27 2011 at the church of one of the most prominent pastors in Nigeria, Christ Embassy’s Pastor Chris Oyakhilome, claiming she can’t get abandoned like that because she is still legally married to her husband, Prince Okojie

Lovelyn came out with different pictures which she has been circulating via the intenet. The recent drama unfolding is a purported letter written by Lovelyn that claimed she is married to Prince Odianosen. Below is the letter:

“I used to have a sweet home but now Mercy Johnson is trying to destroy my home. I’m appealing to the world and whoever knows her to plz tell her to go luk 4a single man and leave my husband alone,am married to ds man and there’s never been any DIVORCED paper signed,we still legally married….so I want the whole world to plz ask Mercy Johnson to live my Husband for me….everybody should take note of dis,This guy Prince Odianosen okojie, he’s successfully married with 2kids,[email protected] the moment he is planning to wed mercy johnson,is dis fair?how on earth can a woman wants to destroy anoda fellows woman home all in the name of Getting married despirately…plz lets try fight all the husband snatchers..for more information plz do inbox me via Email… God Bless every individual’s homes…..From Lovelyn Okojie.”

Right now, Mercy is busy running helter skelter to save face from the shame the postponement will bring to her. Gathered that she tried all she could do to convince Pastor Chris and other top members of Christ Embassy who are careful and sceptical about the kind of bad image it will bring to the church that is battling to launder its image from the bad publicity that the church has been trying to clear its name from over so many cases of fraudulent activities of its members in the past.

Also, some of the Christ Embassy members who spoke to our reporters on condition of anonymity said that Mercy Johnson is nothing but a prostitute and that the church leadership should not allow her to do the wedding in the church because if she is allowed, the society will not take them serious as achurchofGod.

The August bride was spotted penultimate weekend at a friend’s wedding and was heard saying that nothing will stop her from achieving her wedding plans.

It would be recalled that Mercy has been labelled as someone who believes in traditional juju medicine which she is alleged to be using on men who come her way. In fact her second name should be controversial .

She was alleged to have aborted a pregnancy for a man called Obi, and also had sizzzling romance with Ibrahim Damuje who people believe to have many skeletons in his closet. She was also found wanting and was alleged accused of destroying the marriage of a marketer named Victus, who abandoned his wife so that Mercy could have easy access to his heart. The lady in question trailed her hubby to his Alaba international market base, saw Mercy and her husband in a suggestive position, pounced on Mercy and beat the living daylights out of her.

Another scenario happened whilst she was staying with one of her Nollywood actress friends, Tricia Asigbe. Mercy was alleged to have collected a huge amount of money from Tunde Akinyera, Personal Assistant to the Chairman of one of the Telecommunication giants inNigeria, Globacom’s Dr Mike Adenuga. This issue got Tricia infuriated because Mercy was at the same time warming the bed of another guy who resides in Park View Estate, Ikoyi.

From all indications and speculations rising from different angles, Mercy Johnson is building a castle in the air, when it comes to getting married peacefully.