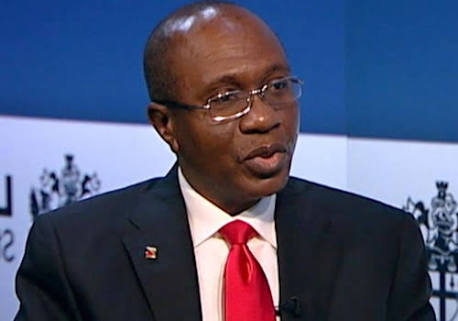 Just as many Nigerians are trooping in their millions into the MMM scheme and making millionsof Naira every day, others who are not already into MMM have joined other money-spinning Ponzi schemes like Winthrills ,Ultimate Cycler, Givers Forum,Crowd Rising and many others; but the negative effect of this fast money-making schemes is now being felt by all the Nigerian banks and they are now very jittery because the schemes may result in their partial collapse.

According to Global News sources in a number of Nigerian banks, the rate at which depositors are now moving or withdrawing money from banks to join these schemes is alarming and if something is not done as a matter of urgency to stop the trend, these banks may eventually go under. Some industry experts we spoke with also echoed the same sentiments saying this popularscheme which has been written off by many is becoming more and more popular and the banks are now at its mercy because people are just moving their money out of these banks.A top management officer in a very healthy commercial bank confided in our reporter how the management of the said bank urgently summoned a management meeting just to discuss the alarming rate at which people are withdrawing and moving the deposit these days. The source also informed Global News of how the withdrawals and movement of money around brought about by the millions of people who have flooded these Ponzi-style schemes have increased volatility in the Nigerian banking sub-sector.Another financial sector analyst and seasoned banker of note recently informed us of how the industry regulators recently met to discuss the trend which is fast bringing commercial banks to their knees. According to the expert, who analyzed how the trend is negatively affecting the banks, the mass withdrawals and movement of money from one bank to the other is not normal because the amount of money being moved around per millisecond in the banking industry is making it difficult for banks to be liquid. He also said our commercial banks are now panicking because they cannot plan on the money in their coffers because the money keeps moving around.Another banker who spoke to us on the condition of anonymity said he is into MMM himself andhe spoke on how people are trooping into the schemes because the interest rate is too good to be ignored but on the down side, he expressed fears that the schemes may eventually lead to the collapse of our banks because people are cashing out their money and diverting same into other businesses “on the street” and banks are losing millions of money in the process on a daily basis as a larger percentage of these monies are not finding their way back to the bank.Our investigations further revealed that millions of Nigerians are joining these get-rich-quick schemes day in day out even as many people – including top government functionaries and seasoned financial experts – are casting aspersions on the schemes and warning Nigerians to lookaway from them because they will soon crash. But as you read this, MMM reportedly has about 25 million members and is fast becoming the means of survival for millions of Nigerians connected to its registered members.Global News further learnt that the MMM scheme and others like it are now so popular that people now sell whatever valuable item in their possession to cash in on the quick and high returns on the amount invested into them. Our investigations also revealed that many highly placed Nigerians and high corporate flyers who openly criticize the scheme are indeed the ones investing huge sums into it and they are making it big time. These schemes we gathered have also found its way to the very top echelon of our religious organizations as many top Muslim clerics and pastors are secretly investing huge sums into it.