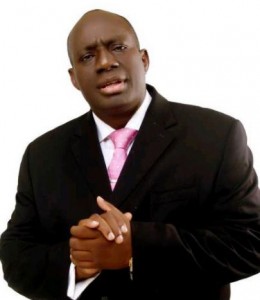 It is one year now since the controversial pastor, founder and general overseer of CAC Lion of Judah, Prophet Elijah Akinade, passed to the land beyond. His death had brought about scheming and plotting over the choice of his successor; while many believed his successor should be one of the more established pastors in the church who had been administering the affairs of the church along with him when he was alive, very few people made up of mainly his immediate family members preferred the choice of his son Obafemi to take over the mantle of leadership from his father. This, we learnt, informed the story by some of the family members that his father handed over his mantle to him before giving up the ghost as he was the last person to see him alive.

The controversy over his successor is tougher than anticipated as most members of the church are against the choice of Oba his son who they see as arrogant, greedy and full of lusts. He was said to have at a time slapped an elderly person whom he claimed annoyed him and this we gathered pitched majority of the congregation against his choice as the new leader of the church. His emergence, we gather, resulted in members of the church leaving the church in droves with a vow never to return until the right person is appointed to run the affairs of the church.

Investigation revealed that the congregation initially preferred Pastor Oyelaran, a dark man with tribal marks who has been with the church for a long time. Oyelaran who is in his 50s and said to be well loved by everybody because of his upright spiritual life, did not quite like the reckless lifestyle of his boss while he was alive, which prompted him to stay put in Ibadan and away from the power struggle that he showed little or no interest.

Another pastor that the congregation favoured after Oyelaran was one Pastor Adesiyan even though he declared he was not interested. This was one pastor whom the people saw as another person who could cut the excesses of the wife of the controversial pastor who has since her husband death, taken full charge of money and other things in the church. She was accused of taking deliveries of all contributions in the church since Oba was made the head and Adesiyan we learnt is the only one that dares query this action. And for opposing the diversion of the church money for personal use, we reliably gathered that he was transferred under questionable circumstances to head the Ibadan branch of the church.

Sources revealed further that Oba is just a figure head leader of the church who only does the bidding of his mother and is under the tutelage of one Pastor Sayo, who is more or less the one running the affairs of things in the church under the supervision of Iya Shiloh as the late prophet’s wife Lady Evangelist Augusta OluwatoyinAkinade was fondly called when her husband held fort in the church.

It would be recalled that the late pastor stirred so many controversies in his time, some of which was the reason he moved his church headquarters from his initial base in Ibadan to Lagos when a woman who was said to be the wife of a military man died in the course of her having a bout of the sinful acts with him in a hotel. He was also said to have committed another atrocity of this nature with another married woman in London, which was the reason he suspended his frequent trips to the Queen’s land at a time.

Another sore point addressed during his time was his love for money, which was the reason he was fond of making all sorts of approaches to his congregation which ranged from asking them to pay for seats at special church programmes to asking them to borrow money from their neighbours with their properties as sureties to be able to meet his monetary demands in the church. He was at a time said to have placed a curse on any members of his congregation who will not donate towards meeting his demand for money.

Unfortunately, the population of the congregation that now attends the church since Oba took over has drastically reduced.