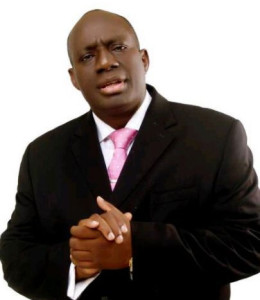 Blood is thicker than water and a son that is not a bastard must take after his father either physically or behaviorally. The son of late Prophet Elijah Akinade, Obafemi will never cease to be in the news and most of the time, he is always enmeshed in negative tales. Oba, as he is fondly called, has been entangled in many dirty tales. But, this time, what our confirmed source told us about the guy is baffling, so sit back, relax, get a cup of hot tea and devour the information with ease.

During the burial of late Prophet Timothy Obadare in Ilesha, Oba was sighted by our tatafo in a dashing automobile cruising around the streets of the town before paying a condolence visit to the home of Obadare in Bolorunduro area of Ilesha.

The self-acclaimed leader of CAC Lion of Judah was sighted dolling out cash gifts to whoever greeted him that day and before he left the house, he donated an undisclosed amount of money running into millions. It was alleged that when the governor of Osun State, RaufAregbesola announced a donation of N25 million to assist the family in the burial, Oba also followed suit to announce his own, but kept the actual amount to his heart while promising that it would surely run into millions.

At the end of the wake-keep, Oba and his convoy made up of two babes and one of his PAs left the venue and headed straight to Ile-Ife for God knows what. Our very inquisitive gbeborunalso followed them to their hangout which is a hotel known as Emerald off Ife-Ilesha expressway, Ife. Not long after arriving at the hotel, the crew went to an eatery tucked inside a big petrol station to fill their tummies before going back to the hotel at around 9pm. Oba was spotted in his Jeep with his babe for close to 30 minutes while the room they were about to lodge was being prepared for them. An Ibadan-based musician OlayiwolaAdisa popularly known as Lai Addis entertained guests that night and sang Oba’s praises but Pastor was not present at the show, rather, he was busy doing what was best known to him with his lady friend. Oba and his cohorts left the hotel early the next day and zoomed off to Lagos. Anyway, our advice is that the upwardly mobile young man of God should tread softly to avoid imminent fall. 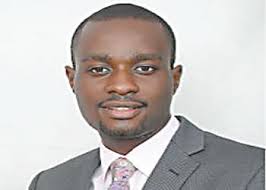