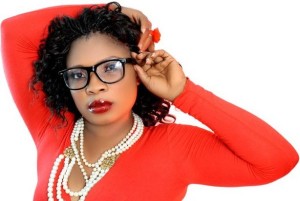 For Laide Bakare, it has been one trouble too many for her, obviously not in terms of her career but in terms of matrimony. You will well recall how Laide, an actress, movie producer and music label owner ended her first marriage in a controversial manner.

As at that time, Laide alleged that the marriage was founded on deceit on the side of Mr. Okunfulire (her then husband) as he did not tell her he was still legally married to another woman—a union that has already produced two children.

“Things fell apart when she discovered that she was indeed married to a man with a legally married wife and two children; not a single man she thought he was as told her by Mr. Okunfulire when the relationship started,” a communiqué which was said to have been released by her publicist as at that time read.

And it ended, “But, being a celebrity who has become a model to young persons in the society, coupled with the need to exercise decorum, she had kept faith with the marriage until lately when she could no longer continue and then called it quits.”

The collapsed union which could not be reconciled produced a child, Simisoluwa.

You will also not forget that the actress surprisingly moved on to the next marriage almost immediately after the collapse of the first one. She found love in the hands of a Lagos-based businessman Mr. Tunde Oriowo, aka ATM. The two lovebirds wasted no time as they cemented the affair with a Nikkai ceremony, which was attended by only few family and friends from the two families with Laide already pregnant for Oriowo and got eventually delivered of a baby boy.

Unfortunately, however, just like the first marriage, another controversy sprang up in the marriage although this time, it’s not about infidelity but fraud!

Weeks back, Oriowo, the Lagos-based super-wealthy socialite whom Laide Bakare left her former husband for, was declared wanted by the EFCC for obtaining money under false pretense and stealing.

As you are reading this, Alhaji Tunde Muttahiru Orilowo has been listed on the wanted list by the The Economic and Financial Crimes Commission (EFCC) and he is said to have sneaked out of the country and landed in the United Kingdom where he was spotted with his final destination being the United States of America, a source hinted us.

In order to prove to the whole world that it is not just an ordinary hearsay, the anti-graft agency placed a full page newspaper advert to this effect.

According to the newspaper publication, Tunde Orilowo is wanted for criminal conspiracy, obtaining money under false pretense and stealing.

Although, Laide is said to have decided to keep mum on yet another round of controversy, the EFCC is said to be leaving no stone unturned in bringing fleeing Oriowo to book as the long arm of justice can stretch to wherever an offender is and get him or her punished.

As the whole world is patiently waiting to see the end of this drama, trust us to give you updates as they unfold.

In another development Alhaji Mutairu Babatunde Oriowo, husband of Nollywood actress, Laide Bakare, has debunked the fraud and theft story against him occasioned through a declaration by the EFCC and published recently in a national daily. The businessman, who is the CEO of Primavera Construction & Engineering Ltd, added that, contrary to EFCC’s statement declaring him wanted, he is not on the run because he has not committed any offence to warrant running away from his fatherland.

The businessman said that he was miffed by the EFCC declaration because he could not understand what the interest of EFCC was, as no court of law has indicted him for any offence and no warrant of arrest has ever been issued on him.

Nollywood actress, Laide Bakare, has also said that she is standing by her husband on the matter, believing that the EFCC publication was meant to destroy his hard-earned reputation as a philanthropist who derives joy in helping people, adding that the story was also a calculated attempt to smear her own name as a celebrity.

According to Mr. Orilowo, the EFCC and MTN were only out to blackmail him because the court case he instituted against EFCC, seeking an injunction to restrain the agency from arresting him or declaring him wanted, will be determine on the 28th of March 2014. Yet he was declared wanted on no basis many weeks before the hearing date.

Explaining the issue further, Mr. Orilowo said that “there was this MTN Cooperative whose membership is of MTN workers. Their union came together with this idea of a project called ‘Y’ello Estate’ to be built at Okun Ajah. That is my home town and where I do most of my businesses. So, based on my popularity and as a philanthropist who commands respect in the area, my company, Primavera Engineering & Construction Limited, was approached by MTN to help buy five hectares of land, which we did. Later, they came to us again and said oh, there are more demands, get us five hectares more. We did. The subscribers now became much interested in the project because they were going to make it the best of such Estates in Lagos”.

“We had an agreement from the beginning because they trusted us to deliver. The agreement was for me to; one, buy the lands; two, to ensure that the lands acquired were validly documented, and three, to be the sole developer of the Estate”.

“But some powerful people at MTN then came in after the agreement with the aim to hijack it. They saw the project as a laudable one and they were shocked that I was the only man handling the project. They came with an excuse that many people were bidding for it and it should not be a one-man thing. But I have spent close to one billion naira on this project. The agreement was for me to collect from MTN 20 percent of the money for mobilization and then go ahead to complete it with my personal money. And I have spent a lot on it. You know how big a project like an Estate can be; talk of roads, bridges and other amenities”.

“So, since the MTN had decided to bring in another developer and my company has committed so much into executing the project, I asked that the money I have spent so far be refunded. But when they were not forthcoming, I took the MTN Cooperative to court seeking to retrieve my money. We got judgment from Hon. Justice Olateru-Olagbegi. We then had negotiations with MTN based on the court judgment. Under the terms of settlement, MTN was to pay us substantial sums of money”.

“But MTN still refused to pay us, so we commenced third-party involvement proceedings against MTN which resulted in the issuance of an order freezing the bank accounts of MTN. While we await action on our money, MTN went to EFCC to lodge criminal complaints against us, alleging theft of money without disclosing the court proceedings on the issue. This was after the EFCC, on its own, had gone to court to institute criminal proceedings against us based on MTN’s complaints, which is still pending before the court”.