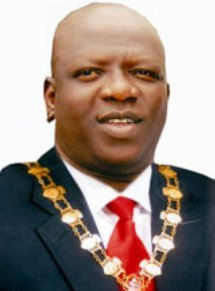 The battle for supremacy in the National Union of Road Transport Workers (NURTW) deepens by the day, with the chairmanship election that was meant to hold a couple of weeks back disrupted. Though the idea was to conduct a peaceful election for who becomes the next man to co-ordinate the affairs of NURTW for the next couple of years, it all ended in chaos. The brouhaha started when one popular businessmen, Alhaji Ola Shehu Ekeniojuoti was shot dead in Obalende by men suspected to be supporters of a chairmanship candidate.
We gathered the trouble started after the NURTW National President, Alhaji Nasiru Yasiu, had a closed door meeting with the five contenders over when the election should hold since they couldn’t agree on a consensus candidate. The followers of the former chairman, Alhaji Rafiu Olohunwa, were said to have been unhappy that the NURTW National President did not handpick their man for the post at the said meeting. Yau’s announcement led to the fracas that took place in Iyana Ipaja and later spread to  Lagos Island, where Alhaji Ola Shehu was shot dead.
The deceased was said to be the brother of the NURTW strongman in Oshodi, Alhaji Musiliu Akinsanya, popularly called MC Oluomo. The deceased’s brother, Abu Ekeniojuoti a.k.a ABU STAINLESS, was the former chairman of NURTW on Lagos Island. Though the deceased has been buried, we gathered that the followers of MC Oluomo have vouched they will not relent without retaliation.
When Alhaji Olohunwa was contacted over the issue, he denied that his followers had masterminded the atrocities. Speaking through his personal assistant, he said that his followers were greatly injured by supporters of his opponent who were hauling stones and missiles at him. Supporters of the opponent were also alleged to have called him a thief when he came to address people. He said when they threw stones at him, his followers formed a shield around him to ensure his safety out of the place; if not, something more lethal would have happened.
Many people who spoke to this magazine wondered why lives should be lost when MC Oluomo could have waited for Olohunwa to finish his 2nd term since that is commonplace in Nigeria.
Global News gathered that though MC Oluomo has always been an ambitious individual, what actually prompted him to compete for the post of Chairman was the suspected shady dealings of Alhaji Rafiu Olohunwa, who allegedly diverted the association’s funds to his personal purse; that part of the money realized from the BRT buses of the union was diverted into a private account after the association has settled the ECObank loan.
MC got wind of the alleged dealings when the treasurer in care of the committee on the BRT buses, who is from Mushin, divulged information that for five months all the money realized from the BRT buses was transferred into Olohunwa’s personal purse and not into the association’s account. And during one of their meetings, MC opened up on all that was reported to him. This obviously got on the wrong side of Olohunwa, and that was where the problems erupted from. Though that issue was settled in-house, other concerns that got Oluomo really charged up surfaced.
What really infuriated MC, it was reported, was when he discovered that Olohunwa was planning to divide Oshodi into two. This did not go down well with his followers, who believed Olohunwa was trying to block MC’s chances of getting money. They insisted that Olohunwa did not have what it takes to make Oshodi one, and they stood their ground that no one can divide Oshodi.
Olohunwa was also said to have planned to remove Sule Ikudeleti from Ijora and replace him with his own man. MC was said to have made the matter known to the former Lagos State governor, Asiwaju Bola Tinubu, who reportedly summoned and rebuked Olohunwa not to try ejecting any of those men from their positions.
The rancour had further polarised two famous Yoruba musicians who can’t stand each other. Olohunwa accused MC of disrespecting him; a video of Seun Egbegbe’s birthday party where Pasuma sang in praise of Musiliu over Olohunwa was played among some elders. This further got MC infuriated, saying that he should be allowed to live his life freely. He was said to have walked out on the people and promised to pay Olohunwa back in his own coin.