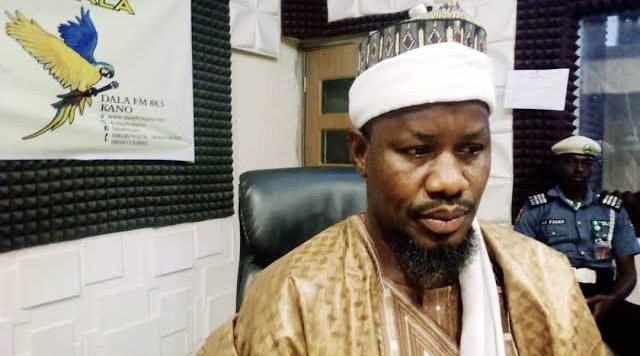 The accusation was seen as a shock since Mr Ibn-Sina, who acclaimed himself as morally upright, has clamoured for the strict enforcement of Sharia law in all parts of Kano.

Commander General of the Kano Hisbah affairs, Sheikh Haruna Ibn Sina has been accused of hijacking the 2022 hajj slots for his family and cronies, depriving other government officials from embarking on the holy trip.

Rabiu Baban Usman, an aide to Governor Abdullahi Ganduje on Hisbah affairs, said his name had been unlawfully replaced by the commander’s wife and brother on the hajj slots despite his office making provisions for the trip.

“I am one of the seven people who first submitted their passports for the Hajj visa. However, during a meeting on Monday, when a list of officials who will be embarking on the holy trip was called, my name was suspiciously missing,” Mr Usman disclosed in an interview with Sahelian Times.

Upon enquiry, the governor’s aide learnt the commander had initially included his name on the hajj slots but later removed it to favour his wife and brother.

“When I enquired about his, I was told by a Director that the Commander forwarded the names of his wife, brother and SSA to be included, and when he was told that he had to exclude one person from among the three he presented, he chose to include his wife and his other(sic) on the trip.”

The accusation was seen as a shock since Mr Ibn-Sina, who acclaimed himself as morally upright, has clamoured for the strict enforcement of Sharia law in all parts of Kano, despite pushback from residents of other faiths, especially the Christian community.

The incident has again raised questions about the so-called uprightness of the Hisbah board since their commander general may have been hijacking government hajj slots for his family members.