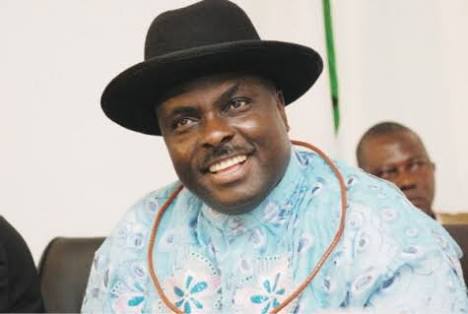 He is back in town. He’s regained his freedom and the political landscape of oil-rich Delta State will never be the same again. Even as he was in custody in the UK,former Governor James Onanafe Ibori was still calling the shots in the State of Delta because of his powerful influence and how he had solidly planted his political machinery across the State and beyond.

And now that the Lord of the Manor of Delta politics has regained his freedom from the custody in the United Kingdom on Wednesday 21st of December 2016 after a UK court ordered his immediate release, one will be quick to say that the political equation in that State will never be the same again what with the way Ibori has planted his foot on the political map of Delta State in the last 15 years.

As the importance of Ibori can not be over-emphasized in the politics of Delta State, his political machinery on ground which has always been oiled by powerful Ibori is now more than ready to swing into action and disrupt the permutations of the political leaders of thought and many public office-seekers in the State.That’s on the one hand.

On the other, Ibori whose mere message to any political juggernaut in his State during his tenure is tantamount to having him (Ibori) seated in front of you will definitely come back to take his pride of place in the politics of Delta State which nobody dares take from him.At the height of his political Supremo in Delta State, Ibori’s mere presence in any political gathering or meeting is simply awe-inspiring.He cuts a towering figure amongst other political heavyweights in the land.

It is on record that James Onanafe Ibori has successfully and single-handedly installed a number of political office-holders in Delta State even whilst serving his time in the United Kingdom.He is the undisputable godfather of Delta politics.A political colossus of sorts.

But the down side of Ibori’s release and return to Nigeria and indeed politics could be the Buhari factor. One can safely conclude that it may not be a total smooth ride for Ibori when he finally returns to the country because of the on-going anti-corruption crusade of President Mohammad Buhari and the way Ibori’s return will play out vis-a-vis this crusade.That remains to be seen anyway but Buhari may want to score a cheap political point by ruffling Ibori’s feather.

The only way out of trouble for Ibori as soon as he steps on the soil of this country may be to quickly curry the favour of no-nonsense Buhari by crossing the carpet to the All Progressive Congress headquarters in Abuja and become a card-carrying member of the party. Another option for Ibori if he wants to stay out of Buhari’s trouble may be to remain as a political fugitive in Queens land for some time and operate from his St. John’s Wood home in London.

You may want to recall that Chief James Onanafe Ibori was jailed on April 10 2012 on corruption charges for 13 years.He was alleged to have stolen about 250 million U.S. dollars when he was Governor of the oil-rich State.