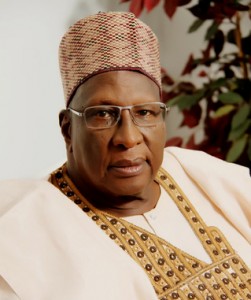 The crisis currently rocking the ruling Peoples Democratic Party (PDP) is negatively taking its toll on the finances of the party. The PDP which is expected to generate funds through means stated in Article 9.1 (i) of the PDP Constitution which states that a party member is expected to “pay fees, levies and dues as may be prescribed from time to time by the National Convention or by any other organ of the party authorized to do so”, leaving fund generation in the party in the hands of the party members holding offices.

But, the recent faceoff between these people and the choice of the party chairman means the source for funds has been reduced and this seems to be the reason the account of the ruling PDP is said to have reached “ground zero” as the party is now running its activities amid huge debts running into millions of naira.

Investigations revealed that some of the debts, which had remained unsettled for over two years, were supposed to be paid for services rendered by those who helped the party to supervise the conduct of congresses and primary elections in 2010. Some other part of the debts also emanated from small contracts like the printing of books, which were awarded to some staff at the PDP National Secretariat and advertorials which were placed in major national dailies among others.

It also learnt that the party had not paid debts it incurred during the recent zonal reconciliatory tour led by PDP National Chairman Alhaji Bamanga Tukur.

Sources within the party revealed that the party was really broke because it would require sustained pressure on the party’s National Chairman and National Treasurer, Alhaji Bala Bawa Kao’je, before people could get paid for legitimate services rendered now. The source said some staff had to spend their personal money to provide what the party should have ordinarily procured without much controversy.

The challenge of funding, however, did not deter the party leadership from fixing monthly salaries for themselves apart from various allowances being received. The National Chairman now takes N2 million, the Deputy National Chairman and National Secretary collect N1.5 million while other NWC members go home on monthly basis with N1.2 million. From January this year, the Tukur-led NWC also approved the upward review of staff salaries. This was the reason the staff of the PDP National Secretariat hailed the efforts of the NWC towards staff welfare and improvements in the conditions of service recently.

A statement signed by Alhaji Gurama Bawa, the party’s National Director of Administration stated that the recent review of staff emoluments approved by the NWC which was unprecedented in the history of the party, describing it as “a step in the right direction which will certainly bring out the best from the workforce”, but the situation of things now with the finances of the party may mean staff of the party will be owed their salary except something is done fast.