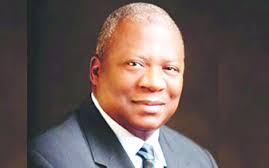 This surely is not the best of times for insurance guru and chairman of IGI, Remi Olowude, as he is said to be critically ill. Those in know claim that the condition of the man who turned around the fortunes of the insurance company is getting from bad to worse, Family members and close associates have decided to take him abroad for proper medical attention. Right now mum is the word among families and staff of the insurance company who have resorted to fervent prayers for quick recovery of the insurance giant. When this Global News contacted the company, no one was ready to talk nor disclose the kind of ailment that has plagued him. The only member of staff who spoke to us on condition of anonymity, however, said that it was true chairman was ill but nobody would talk about as they had been warned not to talk about the illness of the man. The executive vice-chairman and chief executive officer of IGI has a very rich inter-disciplinary background. He had his formal education in Economics both at the University of Lagos (1970-73) and the University of Santa Clara, California, United States (1976). He is also an Associate of the Chartered Insurance Institute of London. A self-motivated achiever, Mr. Olowude has deployed his multi-disciplinary background, professionalism and vision to build a conglomerate with interests in various sectors of the Nigerian Economy. Mr. Olowude has delivered papers at various fora on wide-ranging topics. He has a total of 28 years’ cognate experience in Insurance Management.