• ‘My life is under threat’
• REC denies personal relationship with Jonathan 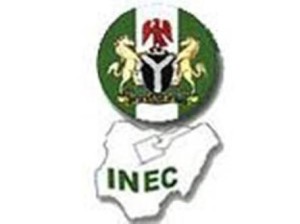 DEFYING what he considered to be threats to his life, Bayelsa Resident Electoral Commissioner (REC), Mr. Baritor Kpagih, has revealed that he was offered money by certain interests to skew the state’s governorship election in favour of their candidate. He disclosed that his refusal to be bribed had pitted them against him.

In an exclusive interview with The Guardian, Kpagih said that he had been receiving threats to his life since the cancellation of the Southern Ijaw Local Council poll results. Also, he denied a personal relationship with former President Goodluck Jonathan, noting that both of them were not in the Nigeria Customs at the same time.

The Bayelsa REC said that election should not be seen as a do-or-die affair, but rather, as a call to service. He told The Guardian: “Some people tried to bribe me to help them win the governorship election and this itself was a misconception by these individuals. This is because there is no way I can help anybody win an election. Mine was to oversee the process. I can’t falsify results, because they only come to the head office after they have been collated at all other levels. I only stay in the situation room and oversee collation.’’

He said those who had approached him to swing the election in their favour were now persecuting him and spreading all sorts of false stories about him.

‘‘I believe it was those who had tried to bribe me before to help them rig the election that are now behind all sorts of stories, being bandied around about me. My refusal had infuriated them and they started by saying I was missing and that I have gone underground and all sorts of stories. People should not take election as a do-or-die affair. I told them, I can’t help them to rig the election and that they should use the money they wanted to bribe me with to go to the grassroots and canvass for the people’s votes,” he said.

On the threats to his life, Kpagih said they started after the election, but that they had become more frequent in the last few days.

‘‘Somebody called me on the phone and threatened me and since then, I have been receiving all sorts of threats. These have come through text messages and others. Just on Thursday, two strange people visited my house in Yenagoa. They refused to identify themselves but told my people that they had an appointment with me and I knew for a fact that I didn’t have any appointment with anybody that day.

“Quite a number of people who are my friends have advised me to avoid all the hassles and stay away from Bayelsa State because my safety cannot be guaranteed. But I have a job to do and I am going to see it through,’’ he said.

On his alleged relationship with Jonathan, the Ogoni-born electoral boss said he joined the Customs Service a few years after Jonathan had left the service and that at no time were they ever course mates.

He wondered why people would want to malign his character, just because he had decided to “fly straight.”

He advised politicians, ‘‘to concentrate on what is expected to be done within the framework of the law and Independent National Electoral Commission (INEC) guidelines for elections.

On the violence that greeted the governorship polls, Kpagih said that people should look into the root causes of the violent clashes, instead of looking for scapegoats to heap blame on.