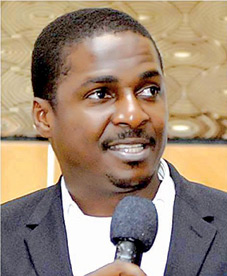 Some years back when the going was good, he lived like a king and enjoyed life like a baby. Toyin Subair was the toast of many as he was called to deliver speeches at different functions all because of his status as the chairman/managing director of Hi Media Ltd, the parent company of HiTV satellite television. He even became more popular when he came out of nowhere to win the rights to beam the lucrative English Premier League, UEFA Champions League, Europa League and the English FA Cup at the expense of Multichoice owned DSTV who had been beaming it many years before. This automatically made HiTV a force to contend with, before Subair started falling out with those who supported his cause and in the process the station fell into gradual extinction.

Little did many know that one of the underground financiers of Toyin Subair’s dream then was the national leader of the Action Congress of Nigeria, Asiwaju Bola Tinubu who did not only support the pay satellite television station with property owned by his Continental Broadcasting Service (CBS) but also money in form investment. It became obvious that he was somehow involved when he was linked with a takeover of the distressed television station, but this was compounded when the young man was alleged to have converted the money given to him by the politician for the takeover of the company to other use. The Jagaban and the bank from which the bulk of the loan was collected stepped in and a court judgment appointed a receiver manager over the company.

Sources close to the Lagos politician revealed that Toyin collected a huge sum of money from Tinubu, with a promise that he would hand over the company to him only for him to do otherwise thereby defrauding the ACN chieftain before jetting out of the country. This we gathered informed the reason the politician decided to succeed where the young lawyer failed and that was what informed his decision to start his own pay satellite television, which was constructed in the premises of the CBS TV and Radio Continental.

The Asiwaju it was revealed decided to absorb the former staff of Toyin Subair-led Hi Media into the CBS where they are currently undergoing training in preparation for the commencement of the new satellite television whose name cannot be presently confirmed, but which promises to be everything HiTV could not. Though the issue of fraud was discussed in hush tone, it was revealed that the politician has made up his mind to one way or the other make sure he settles all.