Gambia has been thrown into mourning following the death of the country’s vice president, Badara Alieu Joof earlier this morning.

The president, Adama Barrow made the announcement on social media that his vice president has passed away after a brief illness in India.

This unfortunate incident has fulfilled the 2023 prophecy of Nigerian prophet, Primate Elijah Ayodele to the nation of Gambia. Primate Ayodele who is known for his new year prophecies to nations around the world warned the people of Gambia to pray against any form of sadness or weeping or mourning in the country as they enter a new year. 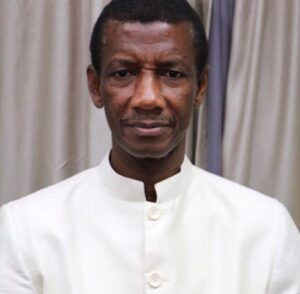 These were his words for Gambia

‘’GAMBIA: The present government will have numerous challenges to face politically. They need prayers for peace to reign in the country, to survive and excel. They need prayers and need to be very careful in some of their government policies. The people will rise against the government in order to force it to step down or review some of their policies. The people will not be happy with what the government will be doing and this will cause disorderliness. Gambia must be very careful not to experience any sadness or weeping that will make the country to mourn. The present government will face challenges and counter challenges.’’

Considering the words of the prophet which were released on Friday, 23rd of December, 2022, one would agree that Primate Ayodele was talking about the death of the vice president and it has just been fulfilled. What the people were warned against; sadness, weeping and mourning, has happened.

This isn’t the first time Primate Ayodele’s prophecy will be getting referred to especially in Gambia. He was also celebrated for foretelling the recent coup attempt in Gambia that would have ousted the present government. Primate Ayodele had forewarned in a video released on his social media page months ago that he foresees a sort of military invasion in the Gambia if the president isn’t careful.