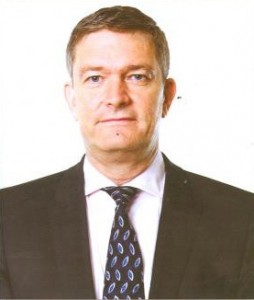 It is no news that it is not the best contestants that win in many of the so-called reality game shows that are being sponsored by many ofNigeria’s corporate organizations, most especially the Nigerian Breweries.

Investigation however shows that against the general belief that all the contestants are chosen at different screening centers across the country for the yearly event at the exercise they carry out yearly for those who register on the website designed for that purpose, it is only about two that are not models that are attached to one agency or the other in the country.

This was first confirmed at the edition they had at Shere hills in Jos, as our source was part of those who attended the Lagos screening and it was after they had prepared for the exercise that they were informed that only two contestants from the whole country would be picked as they already had eigth models that would be participating, and one of the models emerged the winner. Subsequent editions show that they had actually become more cautious as they now allow their models to participate with the people while making sure they scale through at all cost and this is because they specificy who should be the face of the beer that year, which invariably means their decision may be informed by advert concerns.

Another NB-sponsored reality game show that has been found wanting with regard to credibility is the Star Quest. Though this can be easily waved aside but an incident that happened some editions back made it a bit difficult to forget. Just like the GUS, many people feel that the best group don’t normally win, with exception of The Pulse, who were the people’s choice. It is believed that the results are sometimes stage-managed to favour some groups.

Some three to four years back a drama played itself out at the final, when Gbenga Adeyinka who was to announce the winner that year, in a process of reducing tension announced himself as the winner, only for a group to jump up rejoicing their victory. Incidentally they were the winners, which forced Gbenga to quickly announce them so. They were already on the floor rejoicing over their victory in an event that was supposed to be based on the vote of the viewers.

It is still unknown the motive behind that of the Star Quest as the result is there for all to see. The winner of the first edition, KC Presh got prominence doing what the people voted them. Another example is The Pulse band, whose song is enjoying airplay in the country. Why not follow the vote of the people and allow the people’s choice win instead of all the manipulation. It does not augur well forNigeriaif we allow ourselves to be objects of continual deceit.