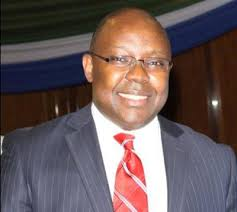 Managing director of Federal Airports Authority of Nigeria, FAAN, George Uriesi is currently running helter-skelter to clean his almost dented image. Information getting to Global News confirmed that Uriese is being haunted by the House of Representatives. On Monday, he was queried for remitting N130 million out of a whopping N36 billion his agency, FAAN generated in year 2013.

However, more discrepancies have been revealed about the agency when it was discovered that FAAN projected to generate N56billion revenue for 2014, but it was discovered that the document submitted by the budget office of the federation projected N17 billion as expected revenue from FAAN. This, of course points to the fact that the sum of N39 billion is missing from the federation account.

Reports have it that the budget office submitted a document for revenue projections for the 2014 budget, but some of the agencies are saying no. For instance, the Budget Office projected the revenue of FAAN as N17.2 billion but FAAN is saying they projected N56 billion with a view to remitting N500 million during the fiscal year.

Mr Adeniyi Balogun, who represented the embattled FAAN boss, Uriese, told the House of Representatives committee headed by Honourable Jibrin that the FAAN boss could not attend the meeting because he was indisposed. This brings to the fore why a man of such calibre should absent himself from such a sensitive national case. However, chairman of the probing committee, Honourable Jibrin, pointedly told Mr. Balogun that the FAAN boss was in the habit of giving excuses anytime the committee asks him to appear before it. To this end, the committee directed the managing director (commercial) of FAAN, Mr Adeniyi Balogun, to furnish the committee with the approving authority that empowered it to spend its internally generated revenue (IGR) without first remitting same to federal government coffers.

Briefing the committee, Mr Balogun disclosed that FAAN generated N36 billion as revenue in 2013 and remitted N130 million to the Federal Government, then what happens to the remaining N2.870 billion? Mr. Balogun needs to tell Nigerians the whereabouts of the balance. When probed further, Balogun stated that FAAN authorities paid staff salaries and allowances as well as recurrent and capital expenditures from its IGR.

What is now baffling the committee headed by Honourable Jibrin is the reason federal government agencies of which FAAN is an example renege in lodging part of their IGRs to the federal government before expending such monies. He said this was a case of breach of the laws of the land, warning that such practice must stop so as not to deplete the Federation Account. Honourable Jibrin, who queried the spending, concluded by asking, “Why do you expend money that you are supposed to remit to the government?”