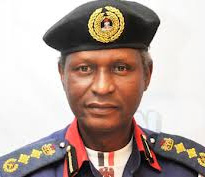 The fact that the standard and the situation of the country is degrading is really no longer newsworthy, In Nigeria today, youth unemployment is soaring high despite the fact that the government has provided commendable programmes to curb the growing concern of joblessness among the teeming population in the country. President Goodluck Jonathan recently launched youth enterprise with some innovation in Nigeria to reduce the high density of unemployment of graduates from the nation’s universities. This did not in any way reduce the decadence the country is experiencing especially in the education and employment sector.

We learnt that for a job seeker to secure a job, the sum of N300,000 must be paid. A busybody squealed that the money is collected to assist the job applicants but such payment does not guarantee that the job has been secured. With the number of job seekers in the country, the number of applicants who part with the whopping amount of money is another is another issue. Whose pocket is the money really going to? Should job applicants be requested to pay such exorbitant fee before a job is secured?

It would be recalled that a couple of months back, it was reported that the Ukraine embassy was enmeshed in N250,000 bribery scam as the officials of the embassy allegedly extorted cash before visa is issued to students who want to to study in the country.

That corruption has become skin-deep in most of the civil service officials in Nigeria is an understatement; it has eaten deep down to the root of government officials. Even recruitments are no longer done on merit, just like academic qualifications do not count these days in the matter of employment but who one knows, paying exorbitant fee and some other forms of social ills.

When asked why an individual seeking for job would have to pay illegal fees, bureaucracy will be the available response. One of the applicants gathered that the vast array of rules and regulations guiding the procedure are long and winding leading to giving and taking of bribe.