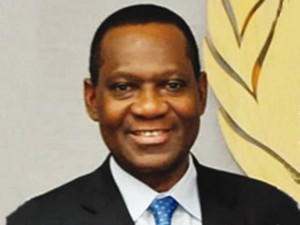 The way some companies owned by expatriates are turning themselves into colonial masters of this age is gradually becoming something else. It was recently discovered that the Nigerians who are working for Pronoteck, a CD mass duplicating company located somewhere around the Mile 2 axis of Lagos State has been using its Nigerian staff like slaves. The fact that they are not in shackles or have their mouths pierced before being padlocked or seen forcing them to work with whip, does not really make the way they are being treated different from the way olden day colonial master were treating their slaves.

Global News reliably gathered that the company which has its office somewhere around Sanya Bus Stop is paying its staff just enough to feed themselves, while flaunting the Nigerian labour law as its staffers work on two shifts of 12 hours per day (7 am to 7 pm and vice versa). As if that is not enough their Nigerian staffers are also forced to work behind two locked gates, which also contravenes the country’s labour safety law.

Sources within the company revealed to us that the company which is owned by an Asian couple only feeds their staff sometimes with beans without pepper or oil or rice without stew, lies to recruit workers as they are fond of not paying the amount they promised and that they only pay first salary after about three months, because that is the only way they can keep those working for them. It was further revealed that they purposely owe knowing that it is usually difficult for Nigerians to work without collecting their payments.

Another staff of the company also accused the company of encouraging piracy, as they were linked to the compilation of Nigerian films in one single DVD. The source revealed that they have compilation of films that have been released months earlier together to sell for those who will be hawking it, only that they usually use CDs that are not of standard to do that. It is worthy to note that such action of modern slavery has for some time now been prevalent in the country owing to the fact that the labour unions have since abandoned the Nigerian workers, whose rights they claim to be protecting, for personal interests.