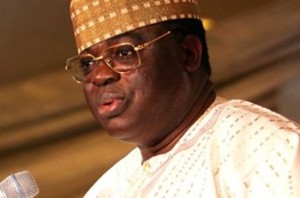 The manner at which Nigerians are being harassed in and outside the country is alarming. As a Nigerian, parading a green passport automatically makes one an object of ridicule and constant harassment by some people especially foreigners who see nothing good in Nigerians apart from all manner of vices including fraud, hooliganism, theft, terrorism, forgery, drug trafficking, to mention just a few.

Interestingly, it is on record that a lot of Nigerians home and abroad have distinguished themselves in their chosen fields of human endeavours. We have heard of Nigerians recording remarkable feats in science and technology, politics, international law, entertainment, diplomacy and a lot of many other virtues that can be associated with any sane society.

One would now wonder why it is that when crime is being mentioned, the name of our dear country Nigeria comes to mind while in actual fact, Nigerians are doing very well in other areas and being noted for hard work, diligence, effectiveness, intelligence and doggedness, not just crime.

The harassment Nigerians face every day is not limited to just one place, it goes round, from different places of work to different places of residents. A typical case is that of one of the national air carriers in Nigeria, Arik Air in conjunction with the ‘almighty’ British Embassy.

A check by this magazine has revealed how Nigerians are being treated like a pack of rubbish by these two entities (Arik Airline and British Embassy). On a good day, when a traveller on the Lagos-London route who has purchased a genuine ticket to travel gets to the counter of Arik at Murtala Mohammed Airport, Lagos, he is subjected to all manners of inhuman treatment by the British Embassy staff who now have a permanent table located at the counter of Arik.

The traveller is made to answer all sorts of unimaginable questions. Knowing fully well that the visa on the passport is genuine, the British Embassy staff there will still ask ridiculous questions like, ‘Who issued this visa?’ ‘How did you come about the visa?’ ‘Why do you want to go to our country?’ ‘Why don’t you stay in your country and enjoy yourself?’. Did I hear you say can you imagine?

As if that is not enough, any first time traveller who cannot ‘cleverly’ defend his visa will have his passport impounded and the visa summarily cancelled by this ‘stone-hearted’ British Embassy staff. Yet, they are aware that the visa in question was issued validly by them.

Recalling his unpalatable ordeal, a traveller who spoke with us under the condition of anonymity explained: ‘I was meant to travel to London on this particular day. That was not the first time I would be travelling from Lagos to London but that was the very first time I was to fly Arik. After my passport had been scanned by an Arik Airline staff, it was handed over to the British Embassy people there. The next thing that happened was that they started asking me some stupid questions which I answered correctly. in the end, I was told that they were not too sure of the genuineness of my visa and as such I couldn’t travel. I went mad with them. After a heated argument, I was allowed to travel but not after I had been delayed. By the time I got inside the plane, I was like the only person they were waiting for. I would have missed my flight. It was a very nasty experience. I will never fly Arik again in my life’

This act which has been going on unchecked for more than a year at Arik counter of Murtala Mohammed International Airport, Lagos brings many questions to one’s mind. Whose interest are these British Embassy people trying to protect? Why is it that passengers boarding Arik Airline are their targets? Is it that Arik Airline owned by Engineer Arumemi Johnson Ikhide is a criminal airline? Or is the British Embassy in conjunction with Arik Airline just interested in harassing Nigerians in their homeland for nothing?

Even if the whites that do not see anything good in blacks are doing that, why is Arik Airline owned by a prominent Nigerian aid and abet them thereby turning his brothers and sisters into objects of ridicule and harassment in the hands of foreigners? If foreigners are doing this, then we can easily deduce the kind of message they are trying to pass across but if it is coming from an entity owned by a Nigerian, then we are no longer our brother’s keeper.

Well, we hope someone is reading this.