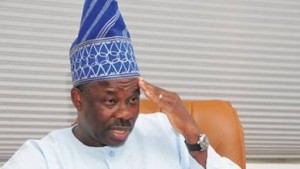 Few days to the arrival of President Buhari during his first working visit to Ogun State as the president and commander in chief of the armed forces ,the whole State was bubbling with so many activities to welcome Mr President and to celebrate the creation of Ogun State . If you could remember, the theme of the celebration is “Operation 40 @ 40 : Meaning, Ogun state @40 with fourty projects to be commissioned across the three senatorial districts .

But unknown to Buhari who was made to believed that there is developmental projects going on in the Gateway State under the leadership of Governor Ibikunle Amosun, but reverse was the case as many of the projects commissioned by Mr. President were neither completed nor badly done to the extents that on the eve of the commissioning serious work were going to deceive the president who doesn’t understand the make believed and photo trick shown to him. 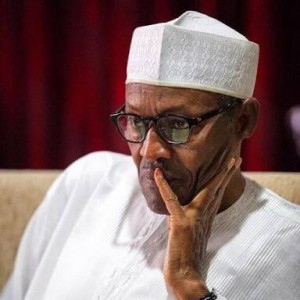 A visit at Ijaye fly-over which was one of the projects commissioned by the president weeks back after the commissioning, one will wonder whether it’s the same road commissioned with pageantry and fun fare, we were amazed to see that the road has not been completed which totally negate what the governor told and shown to Mr president, the media and the people of the state.

Up till now the bridge is yet to be opened for motorists, if you are coming from NNPC to Ijaye , as you are about to climb the fly over , you see that this area is still in shamble i.e the two sides of the flyover and serious work is going on and there traffic most times are diverted to one lane. To make the matter worst, some part of the multi billion naira project had already caved in and you see construction workers digging and patching what’s supposed to be a new road.

It is also very important for us to mention for the purpose of clarity and understanding and for those who are watching all the projects on TV, during the visit of Mr. President. And one wonders the kind of veil used to cover the eyes of the no nonsense president not to see the fraud he commissioned.

Do not forget that Abiola way which was completed long time ago still undergoing serious repair. They are lot of areas on this road where you see different patches which make one to wonder the type of material they used to do the road despite the huge amount of money budgeted and spent for the job. The construction workers are still working on the drainage as at the time of going to the press. President Buhari has come to do the commissioning but works are still ongoing.

The Model colleges are not left out, how many of the construction have reached the completion stage and verified okay for use by students. You cannot know except The governor or the so called contractors. Why? Some of the Model colleges were just painted in the front to deceive whoever is coming to inspect the project or passerby. Some with no windows and all other fittings, yet they were commissioned.

The case of the newly constructed Model college in Ado Odo will bring tears to the eyes of anybody with conscience ,the building was neatly painted outside but there’s nothing like that inside because as at the time of painting it ,it was not yet completed talk of painting .One can go on and on.

The various projects ongoing in ogun state should generally attract the attention of the Governor and Engineers at the works and physical planning to inspect and revalue the quality of the work done. This will critically show if there are any low quality or bad jobs done during the construction stages and to avoid loss of those projects, which will be in millions and loss of lives that may arise ( If the checks were not carried out ), if any?